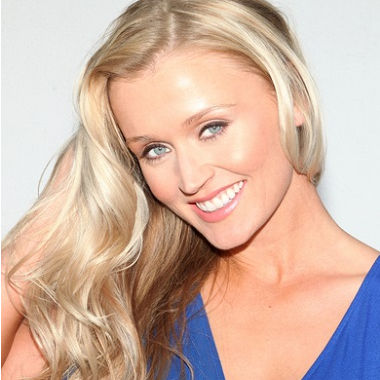 Blair O’Neal is an American professional Golfer, Cobra-PUMA staff member, as well as a fashion Model. She is the 2010 winner of Golf Channels’ “Big Break: The Dominican Republic” and the first runner up of the 2009 “Big Break: Prince Edward Island. O’Neal is also a television host (Golf Channel Host) and has been featured in print ads, magazine covers, websites, catalogs and commercial advertisements.

Blair Alana O’Neal was born on May 14, 1981, to father, Robert O’Neal, and mother, Londa Cunninghamin. She has three siblings; two brothers, Tyler O’Neal and Bryce O’Neal and a sister, Brooke O’Neal.

Blair was born in Macomb, Illinois, the United States yet shortly thereafter her family moved to Arizona and spent most of her childhood here. At 11 years old, Blair’s father put her and her brother in a local junior golf clinic, and ever since Blair has developed the love of playing golf and rarely put down the clubs. Nearly most of Blair’s childhood afternoons and early mornings were spent on the practicing at Dobson Ranch Golf Club in Mesa, Arizona.

By the age of 13, Blair started playing for the American Junior Golf Association (AJGA). She found much success in her junior golf career including, a selection to AJGA Cannon Cup Team; a selection on the U.S. Junior Ryder Cup Team in Valderrama, Spain; a medalist at the AJGA Ping Phoenix Junior Championship and runner-up in the Woman’s Western Tournament. 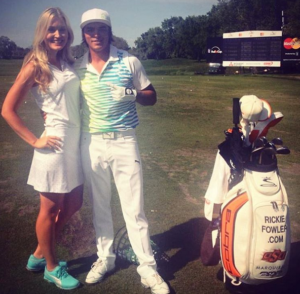 Entering high school (Tempe’s Corona del Sol High School), Blair had effectively developed herself as one of the best junior golfers in Arizona and eventually went ahead to win the Women’s 5A Arizona State Golf Champion. She graduated high school in 1999, where she was a member of the National Honor Society with a 3.5 grade-point-average coached by Karen Thelander.

Despite a number of University offer letters, Blair made her youth dream a reality and acknowledged a full scholarship to Arizona State University. During her time at the Univerity, she never missed or being sat out of a single competition and competed all 4 years on the women’s Sun Devil golf. And when doing so, she was honored with two NCAA women’s long-drive champion. Besides, O’Neal majored in Communications and has a minor in Sociology.

In 2009, O’Neal competed in the 11th season of Golf Channel’s Big Break: Prince Edward Island, where six women and six men went after a terrific prize of $100,000 in cash. The game was hosted by Stina Sternberg and Charlie Rymer. In the finale, the match-up was between Blair O’Neal and Derek Gillespie, and O’Neal ended up being the first runner-up; Gillespie won by a three-stroke margin (-1 to +2)

In 2010, O’Neal again participated on the Big Break in the Dominican Republic, where she was the winner of the competition. The final three women, Sara, Christina, and Blair made a birdie in an elimination hole. Blair became first by 57 MVP points with 12 points ahead of the runner-up. Blair O’Neal won $50,000 and other prizes such as a LPGA exemption.

However, O’Neal’s professional successful career was short-lived, after she called off three years prior to her appearance on the show. She transitioned to pursue a modeling career, where she made most lists of the hottest female athletes for nearly a decade.

Blair O’Neal has additionally appeared in the Sports Illustrated Swimsuit edition magazine with Cobra-Puma three successive years from 2011, until 2013. In 2012, O’Neal launched her first full season on the LPGA Symetra Tour.

In 2015, Blair was once rumored of dating the famous Canadian singer Justin Bieber, yet none of them talked about it. According to the source,  Bieber was introduced to O’Neal, at a charity golf outing on the west coast and the two hit it off.

She currently resides in her house in Scottsdale, Arizona. Some wiki sites claim that she has a husband named Jeff Keiser, who caddied for her at the Big Break Invitational. Keiser is an Assistant Athletics Director for Creative Services at the University of Minnesota. In whatever way, the information seems to false as no concrete evidence has been provided so far. Going through her social profiles, there is no sign of Blair getting married.

A few years back, Blair was reportedly having an affair with a Golfer Bubba Watson, however, she denied the relationship about the two. As of now, O’Neal is not yet married and possibly single as well. There is no news related to her private life, such as boyfriend, dating, relationship nor husband, till date.

Considered as one of the hottest golfer ever of the Big Break, Blair O’Neal has a roughly estimated net worth $1 million dollars as of 2017. She has been sponsored by Cobra Puma along with other golfers such as Rickie Fowler.