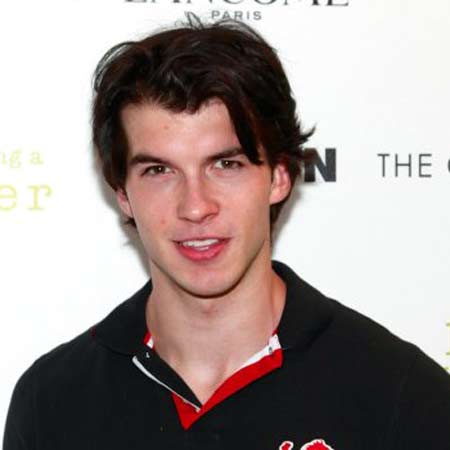 The rising American star, Adam Hagenbuch is an American actor and writer, who earned fame from the TV drama series, Fuller House. Besides his acting in TV drama series, he has acted in few movies and short movies.

This handsome and uprising actor is quite famous among girls and many have a crush on him. But let me tell you, Adam Hagenbuch is currently single and not dating anyone.

Adam Hagenbuch was born on 23rd January 1991 to American parents in the city of Addison, Texas, the U.S. He spent most of his childhood in the same city and did his schooling from Trinity Christian Academy.

Being interested in acting since his childhood, he actively participated in different school’s drama competitions. One of his best play was of Romeo in a Carnegie Mellon School of Drama production of Romeo and Juliet.

Well, he is a fitness freak as well and manages his time for his daily workout in the gym. His star sign is Aquarius. He holds the citizenship of the United States and practices Christianity.

With lots of hard work and struggle, Adam made his debut from Alan Chan’s directed movie, Hell’s Fury: Wanted Dead or Alive, in 2009, where he is seen playing the character of Flint opposite to Hannah Hague.

His first movie couldn’t show such magic towards the viewer so, he went to the various role in the TV movie and short movies like Extremely Decent, A Matter of Time and American Cliche.

During the period, he even got an opportunity to share the big-screen with Logan Lerman, Emma Watson, and Ezra Miller. It is an American coming-of-age drama movie directed by Stephen Chbosky which earned the overall collection of #33.4 million all over the world. He is also seen in the Lifetime original movie, Brittany Murphy biopic movie, The Brittany Murphy Story, in 2014.

The following year, he starred in the TV series like Rizzoli & Isles, Undateable, Kirby Buckets and few others but his role Greg ‘Mingo’ Shimingo in TV series, Switched at Birth made him recognized in TV cinema world.

Finally, he came to limelight after he began playing Jimmy Gibbler’s role in Jeff Franklin’s created American sitcom, Fuller House, that aired on Netflix origin. Till date, they have done over 44 episode in 3 seasons.

Likewise, he can also be seen for the recurring roles in the teen/family drama series, Switched at Birth and NBC’s comedy TV show called, Trial & Error and Undateable.

This good-looking guy, Adam Hagenbuch might be dating someone secretly because he has got all the quality like a charm, personality, talent and a good sense of humor that one’s beloved wants from her loved one. He is also popular among girls and has over thousands of fans following on his Instagram official page.

But as per the sources, he is currently single and there is no such news regarding his love affairs and rumors. It might be true because he is looking forward to playing greater roles in his upcoming movies and TV series for which he is struggling really hard enough.

He owns a dog in his house which is one of the parts of his family.

Moreover, he also receives a decent amount of money from several fashion lines and brands as an endorsement. Allocating information from several sources as of 2018, it is found out that Adam Hagenbuch current net worth is estimated to be around a million dollar.