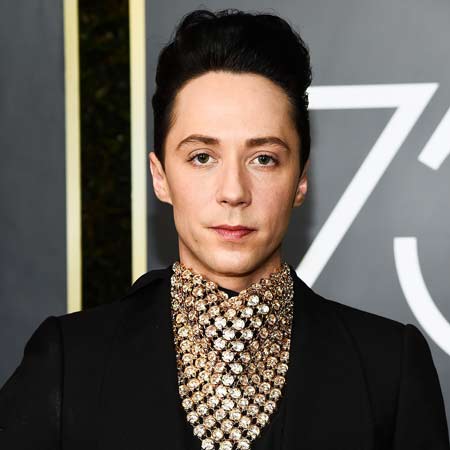 Johnnu Weir is an American professional figure skater, television commentator, and fashion designer. He is famous for being three-time U.S national champion, two-time Olympian, two-time Grand Prix Final bronze medalist and so on.

When it comes to Johnnu Weir’s relationship, he is openly gay. He has been subject to media speculation for a quiet time because of his sexual orientation. Weir previously was married to Victor Voronov. Prior to that, he was in the relationship with Adam Lambert.  Let’s find out Johnny Weir’s biography, sexuality, married life, divorce, relationship, awards, champions, awards, personal life, and more.

Johnny Garvin Weir was born on July 2, 1984, in Coatesville, Pennsylvania. He is a son of Pattie Wier and John Weir and brother of Brain Weir who is four years younger than him.

The multi-talented personality, Weir first attended at the Newark High School and later joined the University of Delaware where he studied linguistics. However, Weir quit his studies in order to focus on his ice-skating career.

Apart from his ice-skating career, Weir also appeared in several television programs and films. Not only that, he also hosted his own reality television show called, Be Good Johnny Weir. Besides, Weir also teamed up with Olympic Ice skater, Tara Lipinski and covered ice skating and Olympic for NBC.

Some of the shows that Johnny Weir has appeared are When I was 17, The Rachel Zoe Project, Rachael vs. Guy: Celebrity Cook-Off and so on. Weir also received “For the Love of Russia” award for the Ice Symphony and he was honored as a 2013 National hero by the Delaware Valley Legacy Fund, a non-profit organization.

As Weir is famous as ice-skater, he is also equally famous for designing skating costumes. He has designed costumes for ice dancers such as Melissa Gregory, Denis Petukhov, and figure skater, Oksana Baiul.

When it’s about Johnny Weir’s personal life, he revealed that he is gay. He was previously married to Victor Voronov in a civil ceremony on New Year’s Eve in 2011. The couple enjoyed their relationship for only four years. In 2015, the couple divorced citing domestics difficulties.

Prior to Voronov, he was in the relationship with an American Singer, Adam Lambert. However, their relationship lasted for the only short period of time. Currently, Johnny is living a single life and has not involved in any love affairs. Analyzing his Instagram account, he is often seen hanging out with different people in various places. But till date, he has not confirmed any of them as his partner.

Johnny Weir has collected a good amount of money from his multiple careers, mostly from ice-skating. As of 2018, his net worth is estimated at around $2 million.