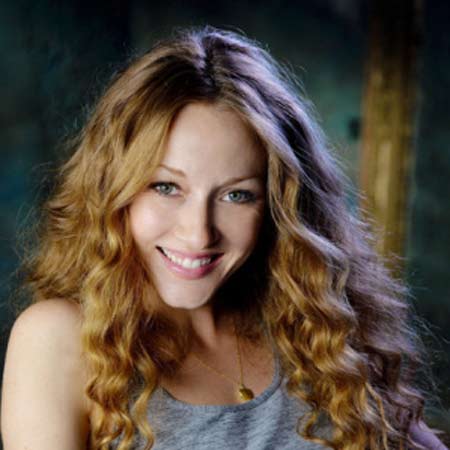 An American actress, Jennifer Ferrin is better known for portraying her roles in movies like The Knick and Hell on Wheels. Her other television appearances include Dana Faraday on the NBC superhero drama series, The Cape. Moreover, she is also a producer and businesswoman.

For two times, Ferrin got nominated for Daytime Emmy award for her role as Jennifer Munson in the series As the World Turns. Ferrin is married to husband Zachary Bliss who is an interior designer.

Jennifer Ferrin was born on 25th February 1979, in Lawrenceville, Georgia, United States. Ferrin has two brothers and both of them acted during high school. In June 1997, she graduated from Brookwood High School. During her school days, she was lead in several school plays and musicals.

After that, Ferrin attended North Carolina School of the Arts and graduated with BFA in 2003. Furthermore, she also attended The College of Charleston in Charleston, South Carolina.

After completing her graduation, Jennifer Ferrin made her first acting debut in the movie The Locket as the younger Vanessa Redgrave. Furthermore, she also guest-starred on 2002 season finale of Dawson’s Creek.

After that, Ferrin played the role as Jennifer Munson Kasnoff Donovan in the daytime soap opera As the World Turns which helped her earn a wide recognization. She portrayed the role of Jennifer from 2003 to 2006. Ferrin was further nominated for Daytime Emmy Award for two times in 2005 and 2006.

Likewise, Ferrin starred as Detective Sam Tyler‘s mother in the US version of Life On Mars. Similarly, in 2011, she started her role as Dana Faraday on NBC drama series The Cape and further appeared on Royal Pains and The Following.

Moreover, she played the lead role of Rebecca Mason, in TNT science-fiction drama series Falling Skies and again played the same role in the fifth season of the same series which was premiered on 28th June 2015. Ferrin also appeared on the regular season of AMC’s Hell on Wheels.

In 2017, Ferrin starred in a murder mystery of Steven Soderbergh‘s Mosaic. Furthermore, in 2018, Ferrin portrayed the role as Petra Neill, on HBO television drama a Point-of-View character.

Along with her successful career, Jennifer Ferrin has a successful married life too. Well, Ferrin is married to interior designer, Zachary Bills. The duo met for the first time in 2009 while Zachary was working on The Surf Lodge and soon started dating.

And after dating for a few years, the duo shared their vows in September 2014. Their wedding was held at The Crow’s Nest, an inn, and a restaurant. Although the couple is already married, to date they do not have any children. Furthermore, there are no any rumors of their divorce too. The couple currently resides in Amagansett, New York.

The renowned actress, Jennifer Ferrin is still active in the field of acting and has starred in numerous movies and television series till now. But till date, Ferrin hasn’t revealed the exact figure of her net worth.

Ferrin often visits new places during holidays and is also seen hanging out along with her friends. So analyzing her lifestyle, and allocating information from several sources as of 2018 it is found out that her net worth is around a million dollar.