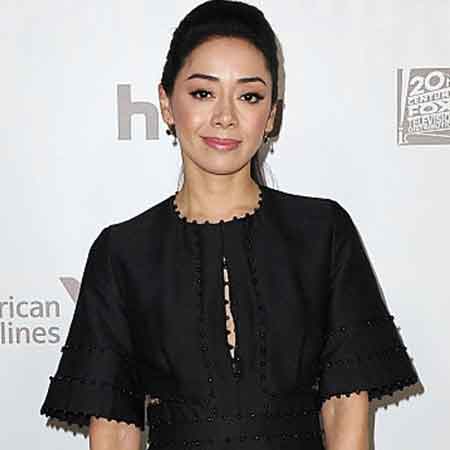 An American actress, Aimee Gracia is widely known for her portrayal role as Lopez on the Fox drama, Lucifer. Moreover, her other notable roles include Yvonne Sanchez in Vegas and Jamie Batista in Dexter.

Since her childhood, Gracia began acting in commercial adds and performed in theater at the age of seven. Gracia grew up in Oak Park, Illinois and attended Fenwick High School and further took acting classes at Piven Theatre Workshop.

For her higher studies, Gracia attended the Northwestern University, where she triple majored in economics, journalism, and French. While studying there, Gracia appeared in local plays and musicals.

After her graduation, Aimee Gracia quit her acting and began finance work for a mutual fund analyst in Brooklyn, New York. But she wasn’t satisfied with her job so in 2000 she moved to Los Angeles, California to pursue her career in acting.

Gracia made her movie debut through The Homecoming in 1996 and television series debut through ER in 1999. After moving to Los Angeles, in 2001 Gracia starred in series including The Agency and V.I.P. and also in the movie, Betaville. Her acting breakthrough came after she portrayed the role of Veronica Palmero in the series George Lopez.

Moreover, Gracia is further known for her role as Jamie Batista in Showtime drama Dexter and as Yvonne Sanchez in the CBS period drama Vegas. Currently, Gracia appears on Fox TV series Lucifer as Ella Lopez since 2016. Furthermore, she also starred in the movie What They Had and her next movie Saint Judy is on postproduction.

Aimee Gracia was previously in a relationship with a footballer, Anthony Cook. They were often seen spending their time together. Moreover, there was also a rumor about their marriage. She was also once seen in a jewelry shop in search of a ring.

But Gracia later made clear that it was just a rumor and she hasn’t thought of getting married. However, the couple later separated and yet they haven’t mentioned the reason for their separation.

Besides this, Gracia hasn’t dated any guys and is currently single. Moreover, there are no any rumors of her affairs too. Well, she might be busy and focusing on her career rather than being in any relationships.

Aimee Gracia’s main source of income is through her acting career. She currently resides in Los Angeles, California. Till date, Gracia has starred in numerous movies and television series through which she has earned an astonishing amount of money.