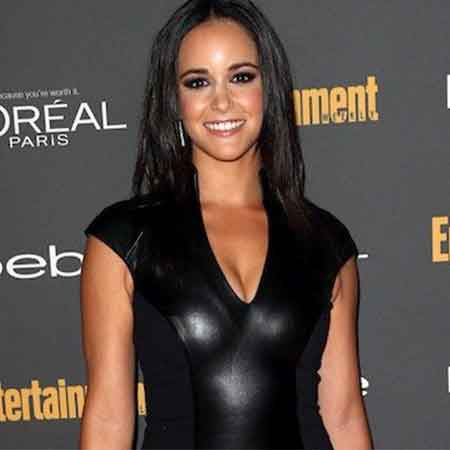 The NHMC Impact Award-winning American actress, Melissa Fumero is known for her role as Adriana Cramer on her debut television series, One Life to Live. Likewise, her other popular roles are as Amy Santiago on Brooklyn Nine-Nine and Zoe on Gossip Girl.

Melissa Fumero was born on 19th August 1982, in Lyndhurst, New Jersey, United States. Her parents are Cuban who moved to the United States from Cuba as teenagers. Since her childhood, Fumero began dancing.

In 2003, Fumero received a degree in Bachelor of Fine Arts in Drama from New York University.

After receiving a Bachelor’s degree, Melissa Fumero began her acting career in 2004. Fumero made her acting debut in the television series, One Life to Live as Adriana Cramer which helped her earn a wide recognization. She appeared regularly in the series until 2011.

Her role as Zoe in 2010 series, Gossip Girl helped Fumero earn a wide recognization. Moreover, she has further starred in popular series including Men at Work,  Hollywood Game Night, CSI: NY etc. Currently, Fumero stars as Amy Santiago in Brooklyn Nine-Nine since 2013. For her role as Amy, Fumero won an NHMC Impact Award in 2015.

The 35 years old renowned and gorgeous actress, Melissa Fumero is married to her One Life to Live co-star, David Fumero. The duo tied the knot on December 9, 2007, and since their wedding, Fumero is credited as Melissa Fumero.

On November 16, 2015, Fumero announced via social media that they were expecting their first child. And on March 24, 2016, the couple welcomed their son Enzo Fumero. Since their marriage, the couple is living happily with their son.

Yet, the couple hasn’t been the part of controversy regarding their divorce and extra-marital affairs. Both the couples share beautiful pictures of their family on Instagram. Besides this, Fumero hasn’t been in any relationships.

Melissa Fumero has accumulated a good sum of money from her acting career. She is still active in the field of acting and has starred in numerous movies and television series to date. As of now, Fumero has an estimated net worth of $2 million.