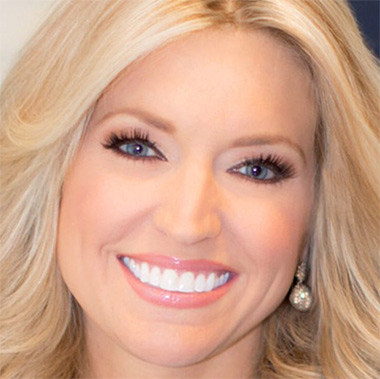 Ainsley Earhardt is an American television personality who currently works for Fox News. As of now, Earnhardt co-hosts Fox & Friends. Moreover, she also appeared on Hannity with her own segment called “Ainsley Across America”.

Furthermore, Earhardt has also co-hosted other programs including Fox and Friends Weekend, Fox’s All-American New Year’s Eve, America’s News Headquarters, and so on. She is married twice and has a child from her relationship.

What Is The Net worth Of Ainsley Earhardt In 2021? Income, Salary

Ainsley Earhardt, a television personality earns a decent sum of money from her career. Currently, Earhardt is associated with Fox News and co-hosts a program, Fox & Friends. Moreover, she also hosted several other programs.

From her profession, Earhardt earns an average salary of around $450 thousand per year. Likewise, her net worth as of 2019 is estimated to be around $6 million. On the other hand, her ex-spouse Will Proctor is a former football player and has a net worth of $2.5 million.

As of now, Earhardt is living a lavish life with her daughter relishing the hefty net worth. She frequently spends vacations visiting new places and further shares adorable photos on Instagram flaunting expensive dresses, gadgets, and jewelry.

How Is The Married Life Of Ainsley Earhardt With Her Current Husband? Relationships, Children, Divorce

Ainsley Earhardt has gained wide success in her profession but she has failed to give continuity to her personal life. To date, Earhardt is married twice but both of her marriages did not last long. 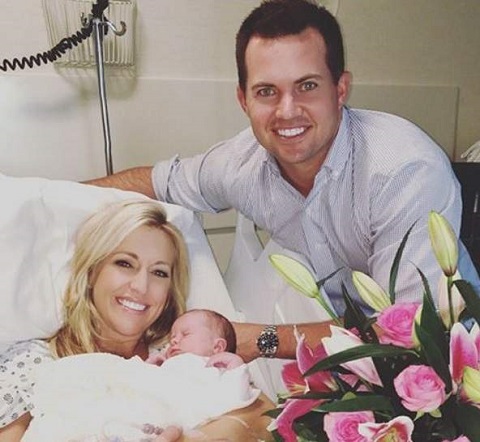 CAPTION: Ainsley Earhardt with her ex-husband Will Proctor and child
SOURCE: Heavy

Earhardt was first married to Kevin Wayne McKinney. The former couple exchanged their wedding vows in April 2005 but the pair failed to continue their relationship and due to some misunderstanding they ended their relationship with a divorce in 2009.

You may also like: Anna Kooiman and Tim Stuckey turned out as a Husband and Wife after 3 years of Relationship

After the divorce with her first husband, Earhardt married Will Proctor, a former football player on 13th October 2012. The duo was blessed with a child, daughter Hayden Dubose Proctor born on 6th November 2015.

However, after six years of their marriage, Proctor filed for divorce with his wife Earhardt in October 2018. Will filed for the divorce Earhardt announced their separation amid allegations that he had been unfaithful. Yet their divorce is not finalized.

When Was Ainsley Earhardt Born? Early life And Education

Ainsley Earhardt was born on 20th September 1976, in Spartanburg. She spent her childhood in North and South Carolina and was raised by her father Lewie Wayne Earhardt. Along with her family, Earhardt moved to the Foxcroft area of Charlotte, North Carolina when she was a young child.

Earhardt studied at Sharon Elementary School. Other famous journalists like Heather Childers and Anna Kooiman also studied at the same school although they were not classmates. Later she moved to Columbia, South Carolina.

In 1995 Ainsley attended Spring Valley High School and graduated from there. She on leadership and academic scholarship studied at Florida State University and did majored in biology. After deciding to pursue her career in journalism she transferred to the University of South Carolina.

Likewise, in 1999 Ainsley got a Bachelor of Arts degree in Journalism. While she was at the University of South Carolina, she was a member of Alpha Delta Pi & Beta Epsilon sorority which was inducted into four honor societies. Earhardt was also elected to University’s Homecoming Court.

As Ainsley Earhardt was a bright and top student in her college days, she was hired by WLTX-News 19 as a reporter before graduating from the University of South Carolina. WLTX-News 19 is a local CBS station in Columbia, South Carolina. There she worked as the morning and noon anchor from 2000 to 2004.

Furthermore, Earhardt also covered South Carolina middle school students donating nearly half a million dollars to firefighters after the September 11 attacks when she traveled to New York City. The money was raised to buy a new fire truck.

The old truck was lost at the World Trade Center Site. Earhardt then moved to San Antonio, Texas in 2005. She there joined KENS-TV Eyewitness News This Morning and Eyewitness News at Noon as a weekday anchor newscast. Both of the show was rated number one.

Earhardt was also the member of Austin, Texas half-marathon where she completed it while living in Texas. She went sky diving with U.S. Army’s Golden Knights and at the Air Force Academy. Moreover, Ainsley also flew with U.S. Air Force Thunderbirds in an F-16.

While Ainsley Earhardt was in college she won Caroliniana Creed Award which was based on leadership, personality, and character. Earhardt was named as the School of Journalism and Mass Communication’s 2007 Outstanding Young Alumni in 2007. Likewise, Earhardt was also voted by her viewers as the Best Personality of the Year while she was at WLTX in Columbia Metropolitan Magazine.