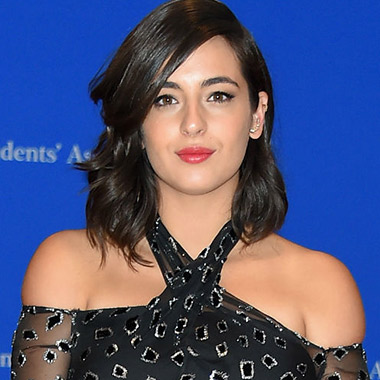 Alanna Masterson is a well-known American actress who is famous for her role as Tara Chambler in the AMC television series The Walking Dead.

Allana Masterson is an American actress who was born in Long Island, New York. Her family later moved to Los Angeles, California. She was born on June 27,1988 and her age is 26. Her height is 5’8 (1.73m). She is the daughter of Carol Masterson(a manager) and Joe Reich(former Australian Professional Rugby League player).Her full biography is available on IMDb. She is the sister of Jordan Masterson and she has other three half-brothers: Danny Masterson, Will Masterson, and Christopher Masterson, all of whom are actors. Her half brother Danny is Steven Hyde of the famous That ’70s Shows.

She with her mother and her brother Jordan are the members of Church of Scientology and has ended the relationship with her father for almost 10 years. She and actress and singer Hilary Duff are very close friends as they have been friends for 12 years. In fact, they have the same tattoo to mark Lizzie Mcguire’s return to music. At Duff’s wedding, Masterson was one of the bridesmaids. Masterson has been linked to many celebrities like Tom Cruise’s son Conner, DJ Jesse Marco and recently has been seen with photographer Brick Stowell. She is still friends with her older brother Jordan Masterson’s ex-girlfriend Dacota Johnson. Allana has traveled to Nepal in August 2010 to build a primary school with her very close and childhood friend Riley Keough.

Allana started her filming career in 1994 at the age of 6. She had spent a lot of time on film sets with her actor brothers and that helped her became an actress herself. She and her brothers acted in TV shows that were popular in the late 1990s to the start of the 21st century. She acted in many tv shows and movies like The Young and the Restless(1994-1995), Definitely Maybe(2001), Malcolm in the Middle(2006), Greek(2008), Terminator: The Sarah Connor Chronicles(2009), Grey’s Anatomy(2009), First Day(2010), Park It up(2012), The Walking Dead(2013 to present) and Men at Work(2014). Her most famous work being Tara Chambler on the AMC series The Walking Dead. Her character’s great response in the fourth season has promoted her as a regularly appearing character in the TV series for the fifth season.

Masterson can be found on different social sites like Facebook, Polyvore, Twitter, and Instagram. She has a Facebook page which is https://www.facebook.com/AlannaMastersonSource. She is also found tweeting in her twitter account https://twitter.com/alannamasterson. Allana has a Polyvore that has her photos, some production stills, premiere photos, event photos, publicity photos including behind the scenes. The website address of her Polyvore is http://www.polyvore.com/alanna_masterson/thing?id=23666395. Masterson can also be found on Instagram. She has posted many photos in many different places with different people. She has also posted photos of her visit to the rural village of Nepal on her Instagram account which is https://instagram.com/lucytwobows. Allana Masterson has a fan mail address for the fans to send her a fan mail or request her for autographs. The fans can send her the mail to this mailing address: