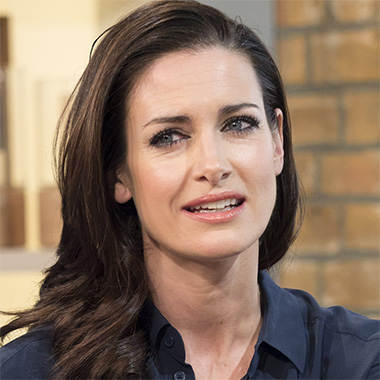 She was Previously married to an English rugby union player, Paul Sampson, with whom she shared two children. Furthermore, her net worth in 2019 is estimated at $3 million.

Gallacher has an estimated net worth of $3 million as of 2019. Currently working as a radio host for three stations, her annual salary is reported around $1000,000.

Previously worked for Sky Sports, she made the enormous sum of her wealth from the channel where Gallacher was one of the faces of Sky Sports News and helped the channel turn into one of the best in the world.

In 1999, Kirsty Gallacher met her partner Paul Sampson at a charity event. They started living together in Surrey. In 2006, their son, Oscar, was born. After the birth of her son, she suffered from post-natal thyroiditis.

In early 2015 the couple got separated and divorced. She loves reading history books and also has a passion for animal welfare. She is a die-hard fan of Liverpool F.C. She is the cousin of Stephen Gallacher. She also supports Hibernian F.C. For over 15 years she has been best friends with Gaby Logan.

Kirsty Gallacher was born on 20 January 1976 in Edinburgh, Scotland. Her full name is Kirsty Jane Gallacher. She was born to Bernard Gallacher (Father) and Lesley Gallacher (Mother).

Her fatther, Bernard is the former Ryder Cup captain. The family moved to Virginia Water, England when her father got the job at Wentworth Golf Club. She was only 18 months old then. She also has a younger brother and sister who both were raised on the Wentworth Estate. She was close neighbors with Bruce Forsyth.

She attended St George’s School which is nearby Ascot. Initially, she wanted to be a fashion journalist because of which she was educated at the London College of Fashion in journalism and promotion.

Kirsty Gallacher was approached by mark Sharman at a Ryder Cup dinner and In 1996, she began working as a production assistant. She then moved to the position of editorial assistant on Sky Sports.

In 1998, she got her presenting break on Sky Sports. She then she was linked with many other sports shows including Soccer Extra, Soccer AM, 90 Minutes, Kirsty and Phil.

She then hosted the Sky1 show Kirsty’s Home Videos from 2000 until 2004. Kirsty’s Home Videos is a satellite equivalent of ITV’s You’ve Been Framed in which viewers send in home videos to be screened. She presented the morning show RI:SE in 2002. She began the show Simply the Best in 2004.

In 2005 and in 2006 on ITV, Kirsty Gallacher presented the All-Star Cup on Sky1. She appeared as a guest on They Think It’s Over and A Question of Sport. She also has presented Ant vs Dec. She won the third series reality television series The Games in 2005. She also released a DVD titled Body Sculpt with Kirsty Gallacher in December 2005.

She there showed a variety of workouts. She then co-presented the reality show Only Fools on Horses in July 2006. She also presented Gladiators on Sky1 along with Ian Wright in 2008. But she did not return for the second series.

She with Duncan Bannatyne appeared on Who Wants to Be a Millionaire? On August 30, 2008. In August 2010 she as a guest presented GMTV with Lorraine for two weeks. She then returned to Sky Sports presenting for Sky Sports News in May 2011.