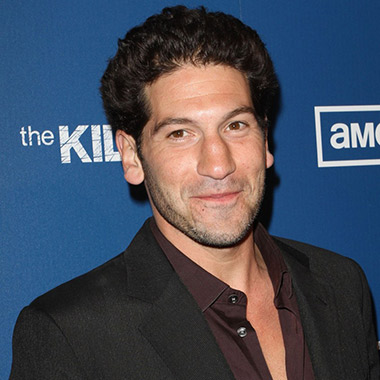 Jonathan Edward “Jon” Bernthal an American actor was born on September 20, 1976, in Washington, D.C., United States to Joan Marx and Eric Bernthal. He is known for portraying Shane Walsh in the popular AMC’s series ‘The Walking Dead’ and his roles in several movies such as ‘The Wolf of Wall Street’, ‘Fury’ and ‘Sicario’.

He was born and raised in Washington, D.C. His father was a lawyer and his grandfather, Murray Bernthal was a musician and a producer. Jon has two brothers, Nichols and Thomas. He has got his schooling from Sidwell Friends School in Washington. After high school, he got admitted to Skidmore College in Saratoga Springs, and later went to The School of Moscow Art Theatre in Russia. In 2002 he got his graduation in Master of Fine Arts from the American Repertory Theatre.

After graduation he has started his professional career as an actor, he has performed in over 30 plays regionally and off-Broadway including many with his own award-winning theatre company Fovea Floods. He also appeared in a television series like Boston Legal, How I Met Your Mother and much more as a guest artist. Bernthal got his first regular role on a television series The Class. After that, he was seen in other films such as World Trade Center and Day Zero. In 2009 in the Ben Stiller comedy film Night at the Museum: Battle of the Smithsonian, he has got his supporting role. In 2010 he was seen in HBO miniseries The Pacific. Bernthal was a regular artist of the series The Walking Dead. In 2013 he appeared on the movie Snitch. He also appeared in the TNT series Mob City. In the movie The Wolf of Wall Street and the sports comedy film Grudge Match, he has worked as a supporting artist. Though it was supporting role but his role has a strong presence in the movies. In 2014, he was seen in the World War II movie Fury along with Brad Pitt. Jon Bernthal appeared in the video game Call of Duty: Advance Warfare.

Jon Bernthal height is about 5ft 10in (1.78m). On September 25, 2010, he got married to wrestler Kurt Angle niece Erin Angle. In August 2011 they have their first son. In February 2013 they have their second son. Recently in February 2015 they have been blessed with a daughter. Bernthal has broken his nose 14 times during his life during film shooting this show his dedication towards performing the character. Bernthal runs a nonprofit organization called Drops Fill Buckets.

His official twitter account is opened by the name @jonnybernthal. He has 373K followers following him on twitter and seen sharing his personal as well as professional information through this account. He said that he is not fond of tweeting but also he has tweeted more than 1000+ times. As of 2016, Bernthal net worth is assumed to be $2 million dollars, which he has earned only by acting.