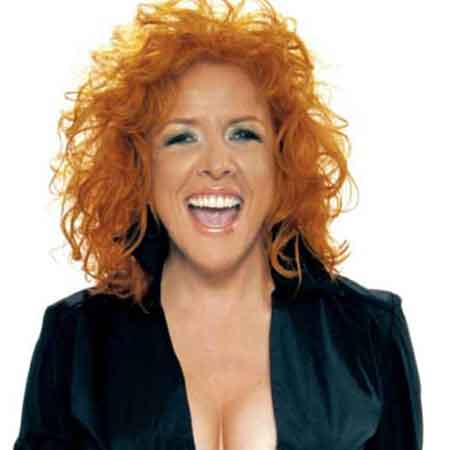 Albita Rodriguez was born on 6th June 1962, in Havana, Cuba. Well, her parents Martín Rodríguez and Minerva Herrera are the well-recognized Cuban folk music singers. It helped Rodriguez to expose Cuban country music to the whole world since her childhood.

Rodriguez belongs to a Cuban-American nationality. At the age of ten, she began her professional singing career.

At the age of ten, Albita Rodriguez began her professional singing career and by eighties, she gained some recognization among national interpreters of Cuban folk music. Later in 1988, Rodriguez released her first album entitled Habrá Música Guajira (There Will Be Guajira Music). On April 15, 1993, she moved to the United States.

Furthermore, Rodriguez released her album No Se Parece a Nada which helped her earn a wide recognization. Moreover, her other popular albums include Son (Son), Hecho a Mano (Handmade), Albita Llegó (Albita Is Here) etc. Besides this, Rodriguez also sings the theme song “La Mega Se Pega” for Mega TV. Her latest album Albita was released in 2017.

Albita Rodriguez has lots of fans and her fans are eager to know whether she is already married or dating someone or still single. We have more idea about the professional life of Albita Rodriguez but when it comes to her personal life, Rodriguez often keeps it a secret.

From her multiple careers, Albita Rodriguez earns a good sum or money. She has maintained a standard life. Rodriguez has been active in the field of music since long and has released numerous albums and most of them have gained a good success.

However, her current exact figure of net worth is still under review. Likewise, she owns dogs of several breeds including Yorkshire Terrier worth $600 – $1000.