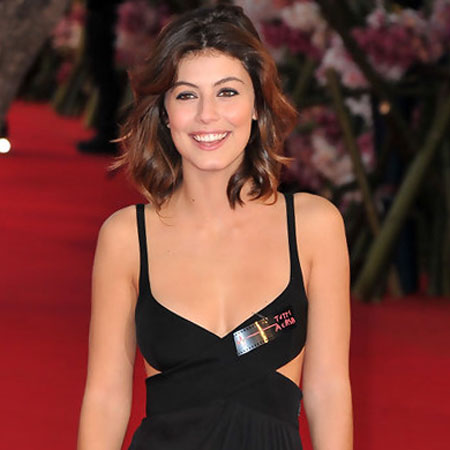 Alessandra Mastronardi is an Italian actress who is mainly known for playing, Francesca in the television series, Master of None. Besides, she is also renowned for her works in the film, Titanium White and theatre play, The Prozac Family.

The gorgeous actress, Alessandra was born on February 18, 1986, in Naples, Italy, to Luigi Mastronardi and Rosaria De Luca. She grew older along with her sister, Gabriella Mastronardi.

Alessandra completed her primary education from the Classical Lyceum (oldest, public secondary school) before joining Sapienza University of Rome. At Sapienza, she studied psychology but later changed it into performing arts.

Moreover, she rose to prominence after being the regular cast of 2006 Italian TV series Los Serrano where she played the role of young shy and romantic girl, Eva Cudicini. In the same year, she appeared in the music video, Stai bene come stai which was performed by Italian band LeMani.

As of now, Alessandra has appeared in the several television series and films including, Amici come noi, Romeo e Giulietta, Life, Romanzo criminale, and so on. More recently, she has made an appearance in the film Lost in Florence and Titanium White. Besides, she also appeared in series, Master of None. Currently, she is working on his upcoming series called, Medici: Masters of Florence as a role Lucrezia Donati.

31 years old actress, Alessandra is unmarried till date. Previously she was in the relationship with an Italian actor, Vinicio Marchioni. The couple dated each other for almost three years and separated.

After separating from Vinicio, she linked up with a handsome man Liam Mcmahon in 2011. He is an Irish actor best perceived for his work in the drama series, Titanic:_Blood_and_Steel.

The couple has been together for almost six years and till date, they have maintained their relationship healthy. But the amazing thing is they have not decided to get married yet. They live together in London. They might be waiting for the right time to get married and might announce about their marriage in coming days.

Besides their relationship, the couple has not involved in extramarital affairs. Neither, there has been any rumors or news spread in the air.

The beautiful Italian actress, Alessandra makes a decent amount of money from her acting professions. Analyzing her post on Instagram, she seems to be living a happy and luxurious life given that, she often posts photos of herself visiting different places.

As of 2017, her exact net worth is under review but as per her popularity, her net worth is believed at thousands of dollars.