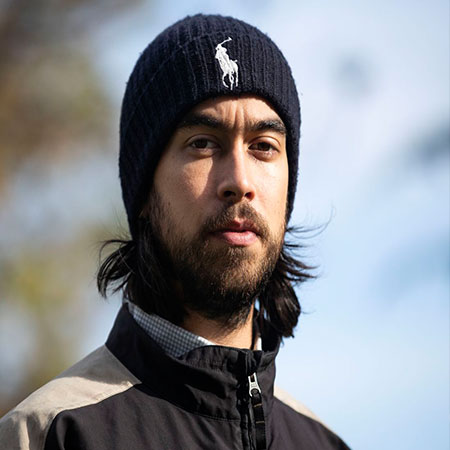 While talking about musical instruments, there are very few people who are equally skilled in more than two musical instruments. Among them, Alexander Giannascoli is a popular name as a multi-instrumentalist. Alexander Giannascoli, often known as Alex G has made his identity as a multi-instrumentalist, singer, and musician. Having an interest in singing and playing instruments from his childhood days he started his career as a bedroom singer/songwriter. He gained audiences from series of DIY releases on Bandcamp. Giannascoli’s sixth album is considered as one of his successful projects which gained critical acclaim and were featured as a Best Album of 2014 by Noisey, The Washington Post, and CMJ. Before making the commercial availability of this album for the very first time, it was online available via Bandcamp.

Moving to his early life, Giannascoli was born on the year 1993 and raised in Havertown, Pennsylvania along with his two older brothers. Giannascoli attended Haverford High School and completed his high school education. He grew up in musical environment, his brother Matt was an accomplished musician , songwriter and multi-instrumentalist and another brother Rachel introduced him to music of Radiohead, Modest mouse and Wilco. Giannascoli recorded his first music after his parents purchased him a Mac Book computer and got his first guitar from his brother. While starting to record his music, he was 13 years old. During his high school days, he used to experiment with different genres which led him to be a multi-instrumentalist and at the same time he recorded two albums with his friends. Giannascoli has a degree in major English from Temple University, where he regularly played on house parties.

Giannascoli started his musical career at the early age. He released his first song “Sandy” on Bandcamp when he was just 18. Since then he has released four albums and an EP. He started to gain popularity after his album Trick received appreciation from various magazines. Being a successful musician at the early age, he has been in tour to Europe and the North America. Rolling Stone covered his profile under article titled “Rock Star on Campus” in August 2014. Giannascoli generally follows the indie rock/lo-fi genre. His music mostly speak about the mental illness, effect of drugs and pain of missing someone who does not miss you back. He mostly loves to work alone in a room to create music with his guitar and other instruments. When question about working in a modern studio, he replied,

“I feel like I’m eventually going to have to do that, but I just don’t want to. Because I don’t know how to work all that stuff, and I don’t want anyone else to have control. I just want to follow my own ideas, and I’m uncomfortable doing it any other way.”

Digging his personal life, he has been linked up with Cothran but he has clearly stated that he is not serious in such online relationship but considered them as a important persons of life. Besides this there no any such information on his relationship status, affairs. Exact figure of his net worth has not yet been disclosed by any source.