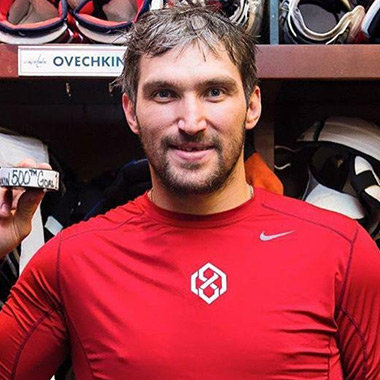 Alexander Mikhailovich “Alex” Ovechkin, shortly known as Alexander Ovechkin has given his identity as a professional ice hockey winger and captain who had played under various clubs and has been playing for his nation for more than a decade. Currently, he plays National Hockey League and his presence makes a game both competitive and interesting.

One of the stars of Russian Hockey, Ovechkin was born on September 17, 1985, in Moscow, Russia as a son to Mikhail Ovechkin and Tatyana Ovechkin's. Alexander’s father is a former professional soccer player and his mother was the winner of two Olympic gold medals in Basketball. Being born in a family with sports background it was not hard for him to pursue a career in Ice Hockey. Alexander’s parents realized his interest in hockey when he grabbed a toy hockey stick in store and did not let it go. He was so keen in hockey that when he saw a hockey game on TV he protests against his parents when they tried to change the channel. His parents always encourage him to become an athlete and used to send him to soccer grounds and basketball courts.

“That was one of my most important goals in my career. So tomorrow I am going to try and score another goal that will rank even more important.” 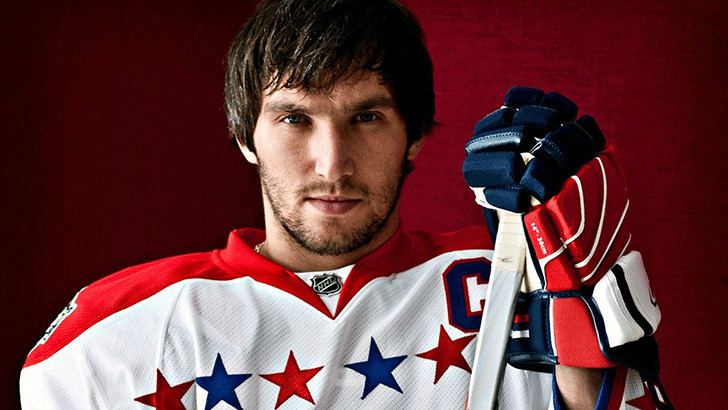 Coming to his playing career, he began his career from Russian Superleague at the age of 16 after joining Dynamo Moscow. He made his professional debut in the 2001-02 season and scored four points in the season. After spending three seasons in RSL he was drafted by NHL and made a record of 36goals and 32 assists playing 152 career games. In 2005 Alexander played from Washington Capitals and in his first game, he scored two goals. Alexander scored his first career hat trick in 2006 against Ducks of Anaheim. In 2007-08 he extended his contract with Washington Capitals for 13 more years worth $124 million, making it to the richest contract in NHL with $9.5 million a year. In the year 2008, he scored the 50th goal and added another two goals making it his fourth career hat trick. He became the first player to score 60 goals in a season since Mario Lemieux and Jaromir Jagr in NHL history.

Talking about his international played, at the age of 16, he represented Russia in the Junior National Team and helped to win a gold medal with his two hat tricks. He selected by Russian coach at the age of 17 to play in the Ceska Pojistovna Cup Euro Tournament and he became the youngest skater to play for Russian National Team.

Alexander Ovechkin is currently in a relationship with hot and sexy Russian model Nastya Shubskya. The couple can be seen together in various events. Recently his girlfriend posted Halloween picture, where Alexander was in batman custom which reflects that couple is having a very healthy relationship. Alexander has a gigantic body with a height of 6’3’’. Being a player to be contracted in the richest contract in NHL history, Alexander has a mouth watering net worth of $124 million (2016).