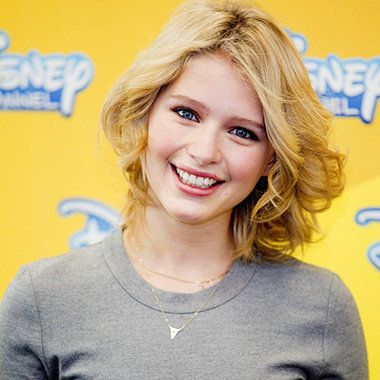 Alexandra Lucinda Beaton, often known as Alexandra Beaton, is a Canadian actress and dancer who is best known for her role Emily in The Next Step.

Born on December 5, 1994, as a daughter of Kate Wheeler and John, Alexandra made film debut when she was just twelve years old. Her mother Kate Wheeler is a Canadian newswoman by profession whereas her father is the Chief Executive Officer of his business venture.

Beaton was raised along with her younger sister named Sophia. Currently, she is studying political science at the University of Guelph.

Being active in the industry since 2005, she is considered as one of the emerging young talents in Canadian film Industry. With her realistic acting and unique dance style, she has been able to gain name and fame as a dancer. Though she practices a variety of dance forms, she has strength in lyrical and Jazz dance forms.

She appeared in the film 300 (2006)  in the brief role of a burned village child. She also made her appearance in The Shaw Festival. In the Shaw Festival in Niagra on the Lake, she danced and sang on the stage as Baby June in Gypsy.

Starting from 2013, she started to star in the Canadian series The Next Step, where she appeared in the role of Emily. She stepped into the limelight after her performance in The Next Step as a dancer from the dance studio. Since then, she has been showcasing her dance and acting skills as a co-star in the series.

Throughout her career, she has made numerous appearances in commercials. She played a commercial for Rogers cell phones – she is known for issuing the eye-role every parent “recognizes and despises.” Her notable movie credentials include 300 (2005) as Child Pueblo Quemado and The Next Step (2013-2016) as Emily.

Out of the Stage

Despite her young age, Beaton has been able to give her best. Her acting and dance performances have been widely appreciated. She played the role of Oona in “Oona Explains It All For You and also starred in a Shoppers Drug Mart print campaign “Four Sisters”. She has also been involved in the campaign for Health Canada in a theater advertising campaign.

Besides her professional career as actress and dancer, she has also been organizing inspiring various events. Her program, Young Women on the Move program, has been mentoring young girls. Besides dancing, she spends most of her time learning and listening music and playing sports. Boxing and running are her favorite sports, which help her to stay fit and beautiful. She also loves reading.In an interview, she has stated that she has read Harry Potter ten times.

To be in the position she currently holds, she has been struggling for more than a decade. During this period, she has been inspired by numerous personalities such as Audrey Hepburn, whom she considered as her idol. Similarly, her favorite couple on the show is Westerly.

Moving on to her personal life, till date, there is no any information about her relationship history or boyfriend. Being dedicated to her passion, she might not have given much more importance to these things.

Describing her exterior looks, she has a short height of 5’3’’ and her fans describe her as the cutest actress. She has got beautiful face, and her blonde hair has complemented her face. She is blessed with blue eyes.