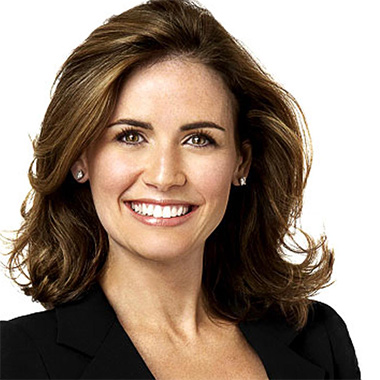 Alexis Cahill Donnelly popular as Alexis Glick is an American TV personality. She previously served as an anchor for Money for Breakfast and The Opening Bell on Fox Business Network, as well as the Vice President of Business News. She left the channel in December 2009. Glick has since founded the GENYOUth Foundation

Alexis Glick Net Worth and Salary

Glick has an estimated net worth of $5 million as of 2019. While working for the Fox Business Network, she annually made over $500,000. However, her current salary is yet to be revealed.

Alexis is a happily married woman. She exchanged the wedding vows with Oren Glick. Her husband, Oren is a founder and president of Shoot Digital, a New York City photography company.

The couple together has four sons named Logan, Sky, Kyle, and Slate.

Her official Twitter account link is https://twitter.com/alexisglick. She has got thousands of followers. She also has her own official site http://alexisglick.com/. We can get her biography, videos and her press meeting from there. She is currently 46 years old. She is alluring with her good height of 5 feet and seven inches.

Alexis was born on August 7, 1972, in New York, New York. Her birth name is Alexis Cahill Donnelly. She was raised in Manhattan. Her parents are Robert E. Donnelly and Ellen Cahill Donnelly.

Robert is an entertainment lawyer and Ellen was a secretary for Lehman Brothers and is also the manager in Brooklyn as a New York real estate developer. Her parents reside in Dobbs Ferry, New York. She attended Dalton School and graduated from there. She also attended Columbia University and graduated earning a bachelor’s degree in political science.

She started her career working at Goldman Sachs in the Equities Division as an analyst. She also worked at Morgan Stanley and became an executive. She there was in charge of floor operations at the New York Stock Exchange. She became the first and youngest woman managing an operation for a bulge bracket firm. She then worked at Morgan Stanley and traded consumer and entertainment stocks.

She also did real estate investments and financial work including banks, credit card stocks, insurance stocks, and government agencies. In 2006 she worked for NBC’s Today Show as a temporary host. In 2005 she became a substitute anchor on Early Today. She was also an occasional anchor on MSNBC Live. She was a senior business correspondent for CNBC.

On September 12, 2006, it was announced that she would be Director of Business News joining the Fox News Channel. In July 2007 she appeared on Fox News. She interviewed many leaders such as President Barack Obama, former Secretary of Commerce Gary Locke, Canadian Prime Minister Stephen Harper, former Irish head of state John Bruton, Secretary of the Treasury and Henry Paulson. She announced leaving the Fox Business Network on December 23, 2009.

On May 7, 2010, she made appearances on episode Real Time with Bill Maher. She has also seen on CNN and ABC news as a guest commentator.

She appeared on WABC and Sirius XM radio as guest-host. She is currently the founder and CEO of the GENYOUth Foundation.