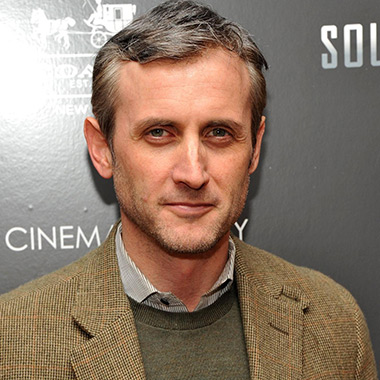 Dan Abrams is an American web entrepreneur and television presenter. He currently works as the chief legal affairs anchor for ABC News as well as the host of Live PD on the A&E cable network. Not only this, but he also hosts The Dan Abrams Show: Where Politics Meets The Law on SiriusXM’s P.O.T.U.S. channel.

Abrams has an estimated net worth of $16 million as of 2019. Most of his wealth generates from his various roles for ABC News.

As the chief legal affairs anchor for ABC News his salary ranges from $99K to $107K. Likewise, his annual salary at A&E Networks including base and bonus is around $124,216.

Neither married nor single, Dan has been in a relationship with his long-term girlfriend, Florinka Pesenti, since 2009.

His partner, Florinka worked as the director of public relations for Gucci and was a winner of the reality show, The Amazing Race 3 in 2002.

The duo has a son named, Everett Floyd Abrams, born in June 2012.

Dan took to Facebook and shared news declaring that he had to cancel the show Good Morning America because of his “baby day.”

Dan was born on May 20, 1966, in Manhattan, New York City. He was born to Jewish parents Floyd Abrams and Efrat Abrams. Floyd was an attorney. He attended Riverdale Country School and graduated from there in 1984.

He has a sister named Ronnie Abrams. On March 23, 2012, she received her commission.

He worked for Court TV as a reporter before joining NBC News. While he was at Court TV he covered the OJ Simpson case and also the International War Crimes Tribunal from the Netherlands. He then worked for NBC News as a general assignment correspondent from 1997 to 1999. He there was named as the Chief Legal Correspondent.

He hosted his own show at MSNBC. In 2001 the show The Abrams Report began. Until he accepted the lead managerial position at MSNBC he hosted The Abrams Report. From 12 June 2006 to October 2007, he became the General Manager of MSNBC.

He then became a Legal Analyst for ABC news as he left NBC in March 2011. He later became a substitute anchor on ABC’s Good Morning America. He is a contributor to The View. He became an anchor of Nightline on June 19, 2013, and was awarded the title of Chief Legal Affairs Anchor for ABC News.

He launched a news site named Mediaite in July 2009. According to him, the site is about appreciating the celebrity of the media. The managing editor of the site was Colby Hall. The site provides the editorial content with analytic rankings of media personalities.

As soon as it was launched, it received significant growth and is listed regularly in Technorati’s list of the top 20 blogs in the country. He along with Michael Lewittes launched Gossip Cop. Gossip cop is a site that patrols the celebrity gossip universe. According to the critics, the site is described as TMZ meets Smoking Gun. The site is able to attract more than 1 million unique visitors every month.

He then launched a fashion site named Styleite which was launched on March 25, 2010. The site contents fashion version of the Power Grid which ranks models, writers, designers, and others. It also features a social networking site, Style Sheets. The social site encourages offering their daily fashion choices and also comment on others.

In May 2010 he launched SportsGrid. The site offers a mix of sports news and video clips. It also features a Power Grid like the other Abrams Media properties. In 2011 he launched Mary Sue. It is a sister site to Geekosystem with its goal of highlighting women in the geek world. Its goal is also to provide a prominent place for the voices of geek women.

He then launched Mogulite in April 2011. He also launched The Braiser in May 2012. The site is about the personalities and lifestyles of the world’s best-known chefs.