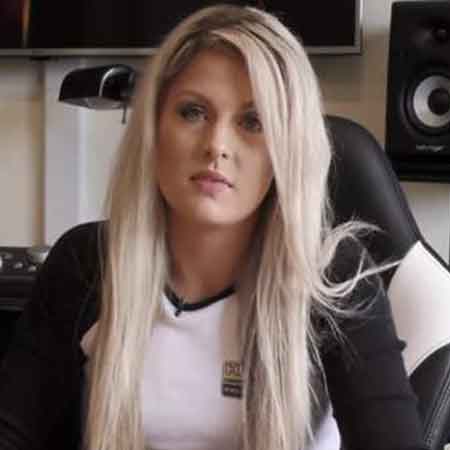 Allysa Rose is an American television actress. She is widely known for her appearance in American automotive reality TV show, Graveyard Carz. Rose has been appearing in the regular show since 2012.

Rose was previously married to husband, Josh Rose and had a daughter from their relationship. Likewise, Rose is currently in a relationship with boyfriend, Chris Wanke and has a daughter.

In 2012, Allysa Rose began her television career appearing in the show Graveyard Carz. Her father Mark Worman is the owner of the show.  The show is made on Springfield, Oregon where the late 1960s early 1970s Mopar muscle cars are restored.

The other casts of the show are Mark Worman, Royal Yoakum, and Daren Kirkpatrick. Likewise, her former husband Josh Rose also appeared in the show from 2011-2014. Till date, they have restored several vintage cars in the show.

Allysa Rose was previously married to an American TV actor, Josh Rose. The couple dated for some years before getting married. They have a daughter named Emma Rose born on 28th  August 2010.

Moreover, the duo even starred together in the show Graveyard Carz from 2011 to 2014. But later in 2014, Josh stopped appearing in the show. So, people began assuming their separation and began spreading rumors. But none of them spoke about the topic.

It was rumored that Rose and Josh separated due to Rose’s affair with another man. However, the rumor came true as Rose is currently in a relationship with Chris Wanke. Rose and Chris met each other when Rose was in a marital relationship with her ex-husband Josh.

Currently, Rose is enjoying her love life with Chris. They even have a daughter named Brooklyn Monroe Wanke born on 11th January 2015.  Rose often shares adorable pictures of her current partner and daughter on her Instagram. However, none of them have mentioned any plans of getting engaged or married.

An American television actress, Allysa Rose earns a decent amount of money from her acting career. Since 2012, Rose still appears on the show Graveyard Carz. Allocating information from several sources as of 2018 it is found out that her current net worth as of 2018 is estimated to be around $500 thousand.

Rose is living a lavish and standard life with her boyfriend and children. She owns a dog of German Shephard breed worth $500 to $1500.