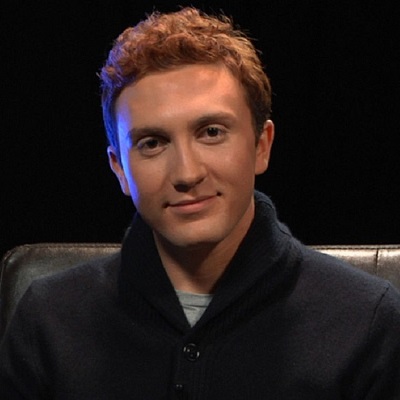 An American actor and voice actor, Daryl Sabara is known for his portrayal role of Juni Cortez in the film series, Spy Kids. Moreover, his other notable roles are in Generator Rex, Wizards of Waverly Place, Father of the Pride etc.

Daryl Sabara was born on 14th June 1992, in Torrance, California, United States. His mother Sandra  “Sandy” Sabara is a Los Angeles social worker. Sabara grew up along with his fraternal twin brother, Evan Sabara who is also an actor.

In the mid-1990s, Daryl Sabara began his acting career appearing in the series, Murphy Brown as Baby Brown. Similarly, he further appeared in Life’s Work, Roswell, Love & Money etc. His other television appearances include,

Likewise, Sabara made his movie debut through 1999 movie My Neighbors the Yamadas. His breakthrough came after he portrayed the role of Juni Cortez in 2001 movie Spy Kids and its sequel. Since then he has appeared in several movies including,

The 26 years old actor, Daryl Sabara is not married yet. However, he is currently in a relationship with an American singer Meghan Trainor. As per the source, the duo began dating back in July 2016. After dating for a year, the couple decided to take their relationship to the next level and finally engaged on December 22, 2017.

Sabara proposed his lover Meghan on her 24th birthday under a tunnel of beautiful Christmas lights and Meghan said “Yes!”. Sabara further surprised Meghan with her family and friends. Sabara and Meghan both shared a beautiful video of their engagement on their Instagram.

Instagram: Daryl Sabara and Meghan Trainor on their engagement;

Although the couple is already engaged, they haven’t mentioned any plans of getting married. They are enjoying their love life and often shares beautiful pictures of each other on Instagram. Meghan also shared she got over her anxiety after dating Daryl.

Besides this, Sabara further dated other celebrities including Chloe Bridges, Taylor Dooley, and Courtney Jines. Moreover, he was once rumored to in a relationship with Emily Osment.

Since long, Darul Sabara is still active in the field of acting field. Till date, he has appeared in numerous movies and television series. From his acting career, Sabara earns an astonishing amount of money and currently has an estimated net worth of $1 million.