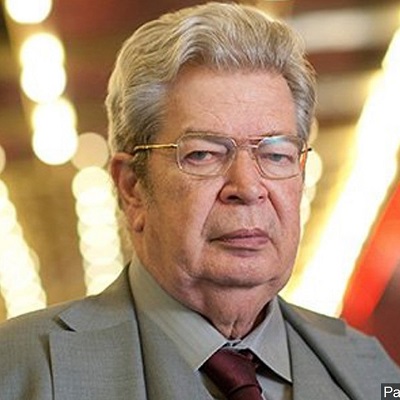 Richard Harrison was a well-known Businessman and reality television star, best known for being one of the stars of the History Channel reality series, Pawn Stars. Besides, he was also an owner of the Gold & Silver Pawn Shop. More recently in 2018, he died battling with Parkinson’s disease.

Richard was married to his beautiful girlfriend, JoAnne Rhue Harrison with whom he shared four children, three sons, Rick, Chris, Joe and a daughter, Sherry Harrison. Well, in today’s context, we will be revealing detail about his personal life as well as career, death, wife, married life, son, daughter, early life, net worth, lifestyles and much more. Keep Scrolling!!!

Richard Benjamin Harrison Jr. widely known by the name The Old Man and The Appraiser was born on 4th March 1941, in Danville, Virginia, to Richard Harrison Sr. father and Ruth Harrison, mother. Harrison was American by his nationality and was of Irish descent.

Harrison attended Lexington High School but did not complete it. He left school during his junior year as his family’s economic condition was very poor. And in order to support his family, he even drove a school bus when he was just at the age of 14.

In 1981, Richard Harrison, his wife, and children moved to Los Vegas, Nevada with only $5000 where his son Rick opened a Gold & Silver Coin Shop at 1501 Las Vegas Boulevard. Subsequently, he shifted their business to a larger building at Fremont Street.

With the rapid growth of a company, Richard and his sons opened the World Famous Gold & Silver Pawn Shop at 713 Las Vegas Boulevard South. By 2011, they stored almost 12,000 items in its inventory. Reportedly, Richard was the one to arrive first at the shop every morning and had no sick day since 1994.

Everything was going great, however, the tragic end came to the Pawn Star’s family after the death of Richard Harrison.

Richard Harrison died at the age of 77, battling with Parkinson’s disease, which is a long-term degenerative disorder of the central nervous system.

Richard Harrison married Country Judge, Joseph Rhue‘s daughter JoAnne Rhue in 1960 when he was just 19 years. They met each other at a barn dance while Richard was serving in the Navy. The couple dated each other for a brief time and got married. Shortly after their marriage, the couple welcomed their first child Sherry who was born with Down Syndrome.

Harrison left the Navy but again re-enlisted fourteen months later in order to meet Sherry’s medical expenses. However, she died at the age of six. Afterward, they welcomed three sons, Joseph, Rick, and Chris Harrison.

Due to a family problem, Richard then ultimately served in the U.S Navy for approximately 20 years where he was ranked Petty Officer first class. Harrison served on four ships including Fleet Tug 100 USS Chowanoc.

One other hand, Richard’s wife, JoAnne obtained a real estate license and started her own office. Nevertheless, her office collapsed because of declining a real estate sales. At that time, Richard used to work part-time with his wife.

Richard Harrison had accumulated a decent sum of money from his professions. Until his death, his net worth was estimated at around $5 million.

Apart from his professions, the talented Old Man was also passionate about automobiles. He owned 1957 Chevy 150 sedan which was given by the two History shows, American Pickers, and American Restoration.