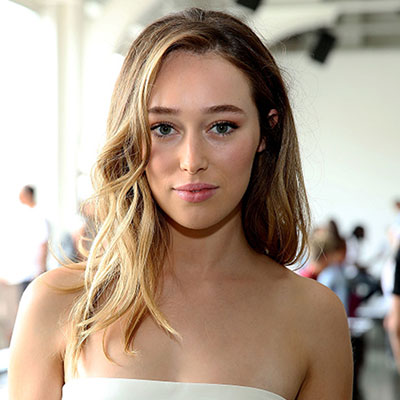 Alycia Debnam-Carey, best known for her role in widely acclaimed TV series, The 100, is an Australian actress. Alycia has also appeared in the popular series, Fear the Walking Dead. Her role as Commander Lexa and as Alicia Clark was very popular and loved by the audience.

The Chanel’s sponsored actress is speculated to be dating boyfriend, Marcus Castrus. Alycia is said to be cheated on by her long-term boyfriend.

Born on 20th July 1993, Alycia Debnam-Carey spent her childhood in Sydney. She was enrolled in Newtown High School of the Performing Arts in 2011 where she used to play classical percussion.

One of the most interesting facts about her is that, in 2011, Debman along with 40 other musicians were contracted by the Berlin Philharmonic to compose and play a piece in a two-week program. Debman graduated her high school with top band score in six of her courses.

In 2008, Alycia appeared in another drama, Dream Life and also in a short movie, Jigsaw girl. Alycia has appeared in several other short movies such as ‘At the Tattooist’ and ‘The Branch’. In 2010, Alycia was taken as a co-star in an unsold pilot of Resistance and also appeared in Dance Academy, another popular Australian drama series.

Alycia’s career spiked when she traveled to the USA and was starred as the youngest cast in Next Stop Hollywood, which is a six-part documentary following the course of the struggle of six Australian actresses who have come to the USA to a role in US TV pilot.

Just after a mere two weeks in Hollywood, the 18-year-old actress was successful in securing audition for the role of Carrie Bradshaw in the Carrie Diaries. Alas! she didn’t get the role, but that didn’t stop the young actress to pursue her dreams.

Her hard work and dedication, Alycia secured the lead role in a feature film, The Devil’s Hand (2013), which was then known as The Occult.

In 2014, Alycia co-starred in an American disaster movie, Into the Storm, directed by Steven Quale. She also appeared in Made in Hollywood in 2014. Alycia is widely recognized for her role in The 100 as Commander Alexa, She played as a leader of 12 clans in the teen thriller.

In 2014, as the spin-off series for the heavily popular Drama, The Walking Dead was announced which was reported to revolve around the story of four lead roles of the original series, Debnam-Cary was cast as Alicia in Fear the Walking Dead.

Debnam-Carey made her first talk show appearance while promoting Fear the Walking Dead in Jimmy Kimmel Live! Alycia was cast as the lead in the German thriller, Friend Request in 2016.

Debnam-Carey will appear in a Crime thriller A Violent Separation which is directed by Kevin and Michael Goetz and written by Michael Arkof. Alycia has also appeared in two music videos Eli and She’s Like a Comet in 2010 and 2011 respectively.

Alycia has won two E! online awards for Best Kiss and Best Cast On Social media. She also won MTV Fandom Awards for Fan Freakout of the year. She has been nominated for a total of 9 and won 3 altogether with one pending.

Born to mother, Leone Carey, who is a television writer, Alycia is private about her personal life. Rumors of her dating Marcus Castrus has been head but cannot be confirmed. Currently, the single actress is widely gossiped to be cheated by her ex-boyfriend multiple times.

It is suspected that the couple was in a long-term relationship. Alycia was reported to be devasted by her cheating boyfriend’s behavior.

Alicia Debnam Carey earns a good sum of money in her career. She has featured in several movies and tv series through which she obtains a decent amount of money as salary. All her movie salaries and endorsement helped her net worth to grow.

Moreover, Alycia also receives a good amount of money from several fashion lines and brands as an endorsement. She is seen advertising Chanel’s lipline and bags on her Instagram post and can be been seen having a good time at many luxurious hotels. Allocating information from several sources as of 2018 it is found out that Alycia has an estimated net worth of $2 million dollars.