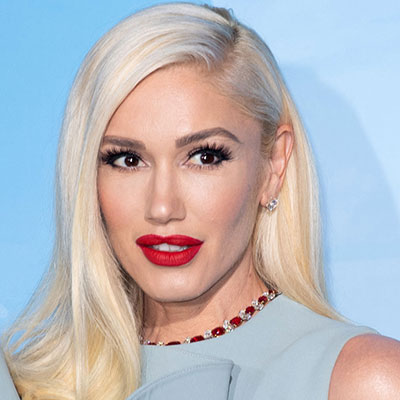 Gwen Steffani is an American singer, songwriter, fashion designer as well as an actress. Stefani is the founder and the lead vocalist of the band, No Doubt. Furthermore, She has also starred in the several movies including Trolls, The Aviator, Mayor of the Sunset Strip.

Gwen Stefani was born on October 3, 1969, Fullerton, California, United States. However, she was raised in Anaheim, California. Her first name comes from a stewardess in the 1968 novel Airport and her middle name is named from The Left Banke‘s 1966 song “Walk Away Renée“.

Her father Dennis Stefani is Italian American who worked as a Yamaha marketing executive and mother Patti Flynn worked as an accountant. Steffani’s parents loved to listen to folk music. She grew up along with her two younger siblings, Jill Stefani and Todd Stefani and an elder brother Eric Stefani.

In 1987, Stefani completed her school from Loara High school. After that for her higher studies, she joined Fullerton college and finally completed her graduation from the California State University, Fullerton.

When Gwen Stefani was a teenager, Gwen and her elder brother Eric began the band, No Doubt where she provided guest and backing vocals. Later in 1991, the band was signed to Interscope Records. In 1992, the band released their debut album which was self-titled but the album wasn’t successful due to the popularity of grunge.

She further released singles including “You’re the Boss“, “South Side” and “Let Me Blow Ya Mind. ” Stefani even received a Grammy Award for Best Rap/Sung Collaboration for “Let Me Blow Ya Mind” in 2002. In November 2004, they released her debut solo album entitled, Love. Angel. Music. Baby.

In 2004, Stefani developed an interest in acting so she began auditioning for the movie Mr. & Mrs. Smith. Well, she made her acting debut through the movie The Aviator where she portrayed the role of Jean Harlow. Moreover, Stefani has further starred in the movies including Trolls and Mayor of the Sunset Strip.

Well, in 2009, Stefani returned back to No Doubt and began working for their new album. Stefani released her third solo album, This Is What the Truth Feels Like. Furthermore, on October 6, 2017, she released her new album entitled You Make It Feel Like Christmas.

In 1987, Gwen Stefani began dating the bandmate, Tony Kanal as soon as she joined No Doubt. Gwen even mentioned that she had a heavy interest in the relationship and further said that she used to look at Tony and pray God to let her have a baby with him. But the couple broke up after seven years in 1993.

Later in mid-1995, Stefani went on an opening tour for an alternative rock band, Bush along with her band members and rock band Goo Goo Dolls. While performing on her tour, Stefani met her future husband, Gavin Rossdale, guitarist and lead singer of Bush. And after their first encounter, the couple began dating.

However, the couple failed to continue their relationship and finally, Stefani filed a divorce on August 3, 2015, citing “irreconcilable differences”.  Well, their divorce was finalized on April 8, 2016.

Currently, Stefani is in a relationship with The Voice co-star, country music artist, Blake Shelton. The duo opened about their relationship in November 2015. The couple is still together and often attends several events together.

Recently on April 15, 2018, the 48 years old Stefani attended 53rd Annual Academy of Country Music Awards (ACM) together with her 41 years old boyfriend Blake Shelton. The couple remained the center of attraction in the event.  Stefani even sang every word to Blake’s new song at that event.

Gwen Stefani Net worth and Earnings

Since long, Gwen Stefani is still active in the field of singing. Till date, she has released several albums and singles through which she has surely earned a good sum of money. Moreover, Stefani further adds money from her acting and fashion designing career.

In 2006, Stefani and her ex-husband, Gavin Rossdale bought a house at Beverly Hills for $13,250,000. The house featured seven bedrooms, nine bathrooms, a gym, a movie theater which covered the area of 12,000-square-foot.

However, after the divorce of Stefani and Gavin, the put their house on sale for $35 million. But they didn’t sell their house and currently, Stefani stays there.