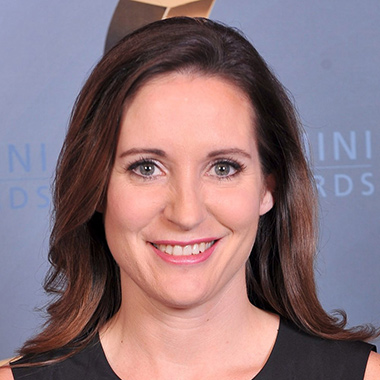 Amanda Lang is a Canadian business journalist who currently serves for the BNN Bloomberg. Previously, she worked for the Bloomberg TV Canada and The Exchange with Amanda Lang as well as was a senior business correspondent for CBC News.

Currently forty-eight, Lang is a mother to two children. She was previously married to Vincent Borg. Her net worth in 2019 is approximately $5 million.

Amanda Lang has an estimated net worth over $5 million in 2019. Further, her salary is reported $1 million.

I’m here @TwitterCanada doing a live Q & A. Send your questions about #beautyofdiscomfort to me and I will answer live! pic.twitter.com/j3ZR5ARBIb

With a huge fortune, she lives a luxurious life and currently resides in Toronto, Ontario, Canada with her two children. Lang is also active on various online social networking sites such as Twitter and Instagram.

Amanda Lang was once married to a mining executive Vincent Borg and separated in August 2012, which later ended in divorce after Lang left their Forest Hill home. Borg worked various roles at Park Munk’s gold mining firm Barrick Gold; he was also the executive VP of corporate communication until August 2010.

Amanda Lang was born to Otto Lang and Deborah McCawley on 31 October 1970. Her father is a Liberal party MP and federal cabinet member during the 1960s and 1970s.  Her stepfather, Donald Stovel Macdonald was also a federal Cabinet minister. She has a twin sister named Andrian.

Amanda Lang started her journalism career in print media at The Globe and Mail’s InfoGlobe.  She was then hired by the National Post as its New York Correspondent.

After briefly working for the National Post, Lang decided to switch to television and initially joined CNN. Here, she served the network as an anchor and the reporter of American Morning’s New York Stock Exchange. During her time at CNN, she also anchored a financial network called CNNfn.

Later, Amanda Lang returned to her native Canada and served the Canadian English language A cable Business News Network (BNN) as its anchor. She was also the host of both The Commodities Report and SqueezePlay. Shen then left BNN and squeeze play in July 2009 to join CBC.

Amanda Lang started working for CBC on 26 October 2009 as the network’s new business program ‘The Lang & O’Leary Exchange’ alongside Kevin O’Leary on CBC News Network. In the show, Lang interviewed many well-known faces of Canada including the former prime minister of Canada, Brian Mulroney.

Since then she regularly appears in different segments making her status in the broadcasting world. Lang hosted a lavish party for her former BNN colleague Ali Velshi’s book launched called ‘How to Speak Money: The Language and Knowledge You Need Now’ in February 2012.

She and her then-husband Vincent Borg, a mining executive attended an event at a Forest Hill home, the event was attended by many famous Canada’s and Toronto’s media personalities and businessmen such as Moses Znaimer, John Tory, Kevin O’Leary, Andrew Coyne, Howard Weston, Roots Canada founder Michael Budman, fashion editor Suzanne Boyd, gossip columnist Shinan Govani and so on.

In 2012, Amanda Lang released her first book titled ‘ The Power of Why’. She was listed in the ’50 Most Influential People in Toronto’ by Toronto Life. On 13 October 2015, CBC announced Lang was leaving the broadcaster and departed in on 16 October for a new opportunity outside the CBC.

It was announced that Lang will be hosting  Bloomberg TV Canada’s new show Bloomberg North at the beginning of 2016.