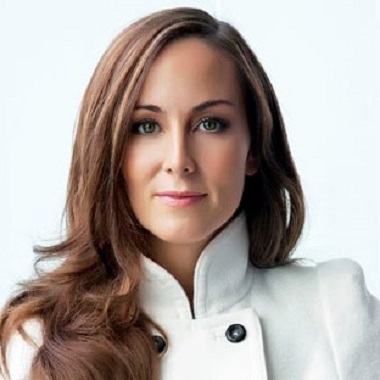 2014 CBC Bookie award winner, Amanda Lindhout is well recognized as a humanitarian, public speaker and journalist of Canada. She is the author of 2013, New York Time’s Best Selling “A House In The Sky: A Memoir,” where she recalls and shares her early life, travels as a young adult and experiences as a TV host.

Amanda has a boyfriend named Nigel Brennan, who was in captive for more than 15 months by Somalia Terrorist. They were tortured brutally and finally in November 2009, they were released. They faced a nightmare in their growing relationship.

Amanda Lindhout was born on 12th June 1981, in Red Deer Alberta, Canada. Her parents, Lorinda Stewart and John Lindhout separated, and she shifted along with brothers, Mark, and Nathaniel in Sylvan Lake, Alberta. She spent much of her youth by reading National Geographic Magazine.

Amanda attended beautician’s school and also engaged in modeling works during her early age. She belongs to white ethnicity and Canadian Nationality.

Initially, Amada did some modeling work and also was a cocktail waitress. At the age of 24, she wanted to build her career as a journalist. She began her journalism career in Afghanistan, Kabul in May 2007. After a year, she shifted to Baghdad, Iraq in January 2008 to served in Iran’s State Television Press TV.

Amanda Lindhout in The Kidnap

In Iraq, she was abducted and taken to Sadr Party Headquarters and questioned about her political affiliation. However, she was released within an hour after having an inquiry about her Iraqi friend. Later, she started to work in Africa. She was affiliated with Alberta’s Red Deer Advocate at the time of her abduction in Somalia.

On 23rd August 2008, Amanda was kidnapped by some gunmen along with Nigel Brennan, Australian Photo Journalist, Somali Translator, Abdifatah Mohammed Elmi, their driver, Mahhad Issse and driver from Shamo Hotel, Marwali. They were captured by gunmen in Somalia when they were on the way to conduct interviews at an internally displaced person camp.

They were kidnapped by teenage insurgents from the Hizbul Islam fundamentalist group. After being captured, Amanda was raped and tortured repeatedly by teenaged abductors. She was abused physically and mentally subsequently.

Later, On 10th June 2009, CTV News received a phone call from Amanda crying for help so that she could release from captivity. In her phone call with CTV News, she said that she is in captivity for ten months by gunmen in Somalia.

She was kept in the dark, windowless and was not given a clean drinking water and food. She told that she will die without medicine and want to release from kidnappers to see her country Canada. She wanted to live again and urged to help her.

Finally, On 25th November 2009, after 460 days Amanda and Nigel were released after being made ransom payment $600,000 by their families through a private firm. She was suffering from malnourishment and was admitted to Nairobi Hospitals for two weeks.

While she was in Captivity, there were various false stories published about her. In September 2013, Tina Brown of the Daily Beast was accused of printing false stories about Amanda pregnancy at the time of the abduction. On 12th June 2015, Ali Amer Ader was arrested as he was the leading negotiator in the hostage-taking of Amanda and Nigel Brennan.

In 2013, Amanda Lindhout released a memoir co-written with Sara Corbett”A House In The Sky” recalling her experience as a hostage. The book was a”New York Times” bestseller book and also The Globe Books 100 as a best Canadian non-fiction by the Globe and Mail.

Amazon.com also ranked the book as “Best Book Of The Year” in the Biographies and Memoirs Category. Vogue Magazine and O Magazine listed the book as one of its recommendation on its Winter 2014 reading list. The book also makes her winner of the 2014 CBC Bookie Award for Best Canadian Nonfiction.

Amanda is a public speaker represented by the National Speakers Bureau. In 2010, Amanda founded the Global Enrichment Foundation in  Somalia by offering university scholarship to women. In 2012, she became the face of jewelry Company Hillberg and Berk’s spring/summer 2012 ‘Najo Rajo’ Collection of Hope.

Amanda is a courageous lady who forgives those teen abductors who tortured her physically and mentally. In June 2012, she received the Red Deer Women Of Excellence Awards in Human Services in recognition of her leadership and practice in human service programs within the community.

In March 2012, she accepted an invitation from the former President of the United States, Bill Clinton at the annual Clinton Global Initiative. In 2012, she was photographed for the book 100 Making a Difference by celebratory photographer John Russo.

In 2014, Jann  Arden wrote a song about Amanda’s hostage experience in her album “Everything Almost.” She received Queen Elizabeth Diamond Jubilee Medal as a Contributor in Canada in 2012.

Amanda has a boyfriend named Nigel Brennan, who was in captive for more than 15 months by Somalia Terrorist. They were tortured brutally and finally in November 2009, they were released. They faced a nightmare in their growing relationship.

But, they stay strong and are happy together. Amanda was beaten, starved and gang-raped and separated from Nigel Brennan during their abduction. The couple faced constant fear but fortunately released alive.

Amanda Lindhout is a journalist, author and also a reputed speaker with clients like Richard Branson and Bill Gates. She has a generous amount of remuneration which has helped her to build excellent net worth of $3 million.