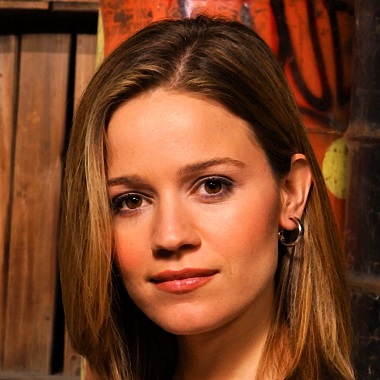 Anna Belknap is an American actress, known for her role as Detective Lindsay Monroe Messer on CSI: NY.  The talented performer Anna’s television and film appearances have impressed a huge number of people that led her won a number of awards and honors.

Anna Belknap was born on 22nd May 1972 in Damariscotta, Maine State, United States. She was born to father, David Belknap, and mother, Louise Belknap. She is white by ethnicity. Anna received her primary education from Lincoln Academy and graduated from Middlebury College in Vermont. During her time in college, she developed her interest in acting and enrolled at the American Conservatory Theater and got her degree in Master of Fine Arts.

Anna began her career as a professional actress in an episode of a popular TV series Homicide: Life on the Street as Julia Pfeiffer in 1996. She continued making brief appearances in a handful of television series such as Law & Order, Trinity, Deadline, and Law & Order: Special Victims Unit and The Education of Max Bickford.

In 2003, she got a major role as Lilly in the thriller drama series The Handler also known as Street Boss. Then the subsequent year she also played a significant role as Eva Rossi in medical drama series Medical Investigation. Anna made her debut film appearance in an independent movie The Reality Trap in 2005. 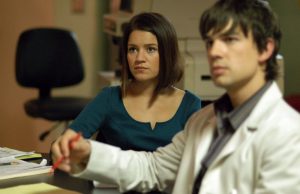 In the same year she also appeared in the television series The Comeback and Without a Trace which led her to biggest break as Detective Lindsay Monroe, one of the major cast member of CSI: NY during its 2nd season. 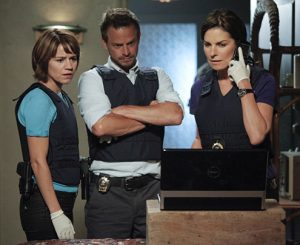 On the set of CSI: NY (Source: Tv Guide)

Anna also appeared as a stage performer including Off Broadway production of Metamorphoses at New York’s Second Stage Theatre, Mark Taper Forum, the Old Globe Theatre, the Westport County Playhouse and the Williamstown.

Belknap is happily married to an artistic director Eric Seigel Belknap and has been united for over 11 years now. Anna and Eric first met at the Rude Mechanicals Theatre Co., where Anna was the member and Eric an Artistic Director.

They started dating in August 2003. The following year, the two got married and on the 4th of January welcomed a baby girl and named her Olive. In 2009, Eric and Anna became parents for the second time and were blessed with a baby boy, George. 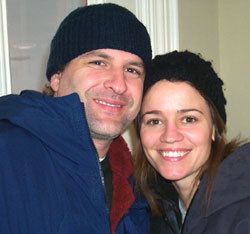 Belknap has made a number of television appearances, of which best recognizes as Detective Lindsay Monroe in CSI: NY. She is a successful actress with flourishing acting career, who has earned her worldwide recognition and a huge net worth of $ 6 million. Talented and gorgeous Anna has huge fan following and her simplicity has stood out among other celebrities of American television industry.