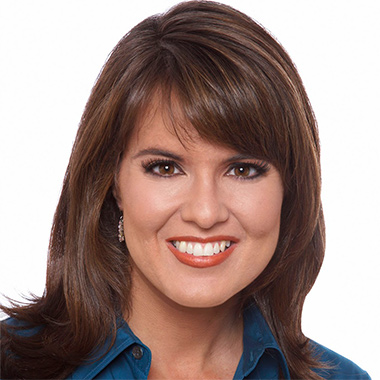 Amy Freeze is an American television meteorologist who currently works for WABC-TV in New York City, New York as a weekend meteorologist since 2011. Likewise, she also worked for NBC’s WCAU in Philadelphia.

Freeze is one of the first 20 women in the world to be a Certified Broadcast Meteorologist. She has certificate number 111 from the American Meteorological Society.

What Is The Net worth Of Amy Freeze In 2019? Income, Salary

Amy Freeze is one of the well-known meteorologists in the United States. From her profession, Freeze earned a wide name and fame as well as a colossal fortune. She is working for WABC-TV in New York City, New York as a weekend meteorologist since 2011.

Do not miss: Greg Fishel Biography

Freeze earns an average annual salary of around $1 million. Likewise, her estimated net worth is reportedly around $3 million as of 2019. Back in 1999, Amy and her ex-husband participated in a weight-loss contest and won $100000.

Amy is divorced with her spouse and she probably received some amount of money as well as property from her husband as child support and alimony during their divorce settlement. As of now, Freeze is living a lavish life with her kids.

How Is The Relationship Of Amy Freeze With Her Spouse? Wedding, Children

Amy Freeze is a divorced woman. Previously she was married to Gary Arbuckle and had four children from their relationship. In 1994, Freeze exchanged the wedding vows with her long-time boyfriend Gary Arbuckle. 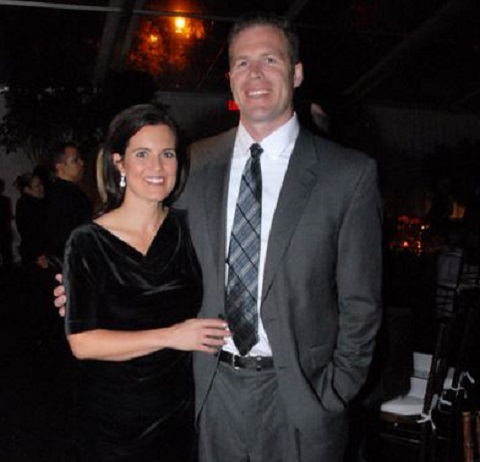 The couple first met while they were still a student at Brigham Young University. During that time, Arbuckle was Cosmo the Cougar while she was the cheerleader. In 1999, the pair even participated in a weight-loss contest and won $100000.

From their relaitonship, the former pair were blessed with four children, three sons Tyler Arbuckle, Jared Arbuckle, and William Arbuckle and a daughter Kate Arbuckle. Unfortunately, the pair divorced in 2014. 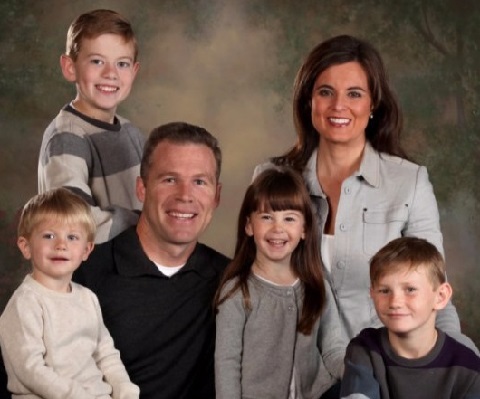 CAPTION: Photo of Amy Freeze and her family
SOURCE: Pinterest

Presently, Freeze is not dating anyone and seems to be enjoying her singlehood. She currently resides in Upper West Side of Manhattan along with her kids.

When Was Amy Freeze Born? Early Life And Education

Amy Freeze was born on 19th June 1974, in Utah, United States. Her full name is Amy Elizabeth Freeze. She is a famous American television meteorologist, best-known for working at WABC-TV in New York City, New York as the weekend meteorologist.

Freeze was raised in Indiana. She was born to Bill Freeze and Linda Freeze. She is the eldest among five daughters of her parents. Freeze attended Jeffersonville High School in Jeffersonville, Indiana and graduated in 1992.

Freeze went on to study her Master’s degree at the University of Pennsylvania, in Philadelphia, Pennsylvania. She there wrote a thesis on a concept which she defines as the Storm Water Action Alert Program.

Shortly after graduating with a Master’s degree, Amy worked for NBC’s WCAU in Philadelphia as a meteorologist for four years. She also co-hosted 10!, which is a live entertainment show on NBC10.

Freeze as a substitute for MSNBC and NBC’s Weekend Today worked at Rockefeller Center in New York City. She also worked at both KWGN and KMGH in Denver, Colorado. While working at KPTV on Good Day Oregon in Portland, Oregon, she began her career as a broadcaster.

Freeze was seen in the episode My Life in Four Cameras of the television series Scrubs. Amy created a show called The Freeze Factor, where she rates the weather on the scale of one to ten. Freeze visited more than a thousand area students while she was in Chicago who were giving weather presentations on tornadoes and other severe weather.

Amy for the first time hosted Weather Education Days for MLB’s Chicago White Sox, the Chicago Wolves hockey team and the Chicago Cubs. She worked for the LA Galaxy, the Chicago Fire, and the Colorado Rapids becoming the first-ever female sideline reporter for Major League Soccer.

For four seasons Freeze also worked on the sidelines for the NFL Chicago Bears.  Freeze joined WABC-TV located in New York City in 2011 as its weekend morning weathercaster.

Freeze was certified as a broadcast meteorologist by the American Meteorological Society and her certificate number is 111. She became one of the first 20 women to receive the certificate.

Moreover, Freeze also has her American Meteorological Society Seals of Approval and National Weather Association. She has won National Academy of Television Arts and Sciences Emmy Award for three times.