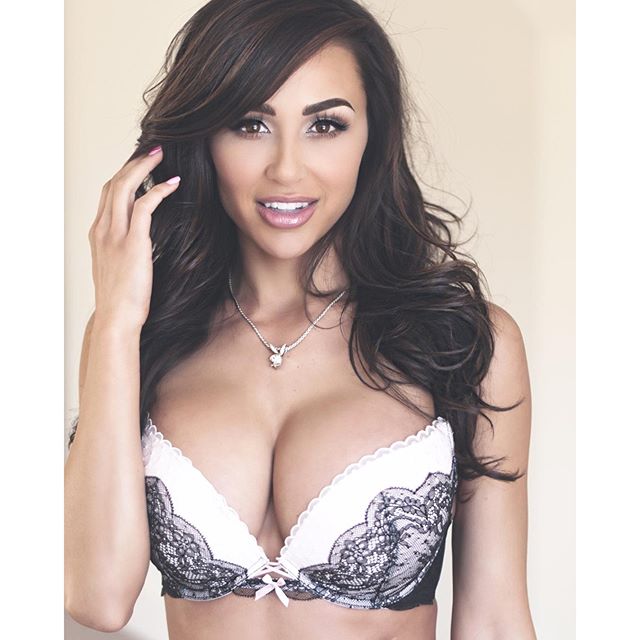 Ana Cheri is an American model and social media personality, who is well known for being the brand ambassador of ‘Shredz‘ as well as starred in Playboy. Moreover, she has worked with reputed companies such as Moskova Underwear, Ultimate Armwresting League, Monster Energy and K&N Filters. Regarding her personal life, she is living a happily married life with her husband.

Ana Cheri was born on 16 May 1986 in California, United States. She grew up in a family, where there were no sisters but only brothers. She had to settle her childhood desires from putting on attractive make-ups to playing football with boys. This kind of diverse childhood encouraged her to mix her inner softer side with a tough side. She got all the encouragement from her family members to pursue a challenging career.

Ana started her professional modeling career appearing in the posters and brochures in 2009. Then, she began to appear in Punch Magazine and Toyo Tires. Furthermore, Ana began to work in cosmetic publications and in some ads which consist FOX Racing and the Long Beach Grand Prix D1. Besides that, she has also featured in some commercials.

In 2015, she did a nude photo shoot for the Playboy as Miss October 2015. Then, she was named the ‘new queen of Instagram’ by the Chive.

Apart from modeling, Ana Cheri started her own gym called ‘Be More Athletics’ in Santa Ana, California and wants to develop into a fitness chain across the country. Ana Cheri has setup an active wear brand named ‘Want My Look’ targeted at the younger audience.

The brand is now exclusively available online (https://www.wantmylook.com/) and is a huge hit among teenagers and young adults. A wide range of active wear products like sweatshirts, shoes, t-shirts, and even party wears are now available under the brand. Furthermore, Ana is highly concerned about health and fitness. In addition, she is also the Brand Ambassador and Motivational Speaker for Shredz.

Cheri is a happily married woman. Ana got married with her longtime boyfriend Ben Moreland. Her husband is personal trainer and fitness expert, who is known as one mind behind the online training shop Be More Athletics.

His fitness journey and work with UFC Ring Girls Arianny Celeste and Brittney Palmer have gained him an Instagram following of more than 60,000 dedicated fans.The couple is very private about their relationship and Ana has not talked about her personal life in the public and media.

As a fitness expert and brand ambassador, she has featured in world’s big names such as Maxim and Playboy. She surely earns an attractive salary from her career which adds up her current net worth of $1.5 million.

Being a social media personality, Ana has a huge fan following on her social net working sites, where she has more than 10.5 million followers on her Instagram account. Besides that, she is also active on Facebook and Twitter in which she has around 5.7 million followers and 208k followers.