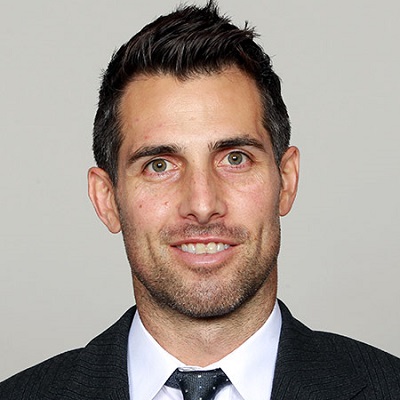 Carlos Bocanegra is a former professional soccer player, played as a defender for different countries like England, Scotland, France, as well as Spain. Bocanegra was able to be the MLS Defender of the Year for the two times. However, he served as a caption for the United States for six years and also earned more than 100 caps.

Carlos Bocanegra is a married to beloved wife Lita and is the father of a son and a daughter. The couple married each other after staying in a relationship for 8 years.

Professional soccer player, Carlos Bocanegra was born on 25th May 1979, in California, United States. He was born to father Manuel and mother Kelly Bocanegra. He grew up along with his brother Diego Bocanegra who is also a soccer player. His brother played soccer at Grand Canyon College and later from 1995–1996, he attended the UCLA.

Bocanegra attended the Alta Loma High School and completed his early education from there. After completing his school level he attended the University of California, Los Angeles (UCLA) for his higher education. However, while studying at UCLA, he received the American football Scholarship but he opted for soccer.

Carlos Bocanegra developed his passion towards soccer since his school days. Although he received a scholarship offer from the American football, he refused it and opted for a soccer and decided to make it as his professional career. Well, in 2013 he was inducted into the UCLA Athletics Hall of Fame.

After his college career, he signed  Project-40 contract with Major League Soccer. The Chicago Fire drafted him in the 2000 MLS SuperDraft with the fourth overall pick. While playing with the Fire, he won the MLS Rookie of the Year Award.

Moreover, he also won the MLS Defender of the Year Award twice, in 2002 and 2003 and became the first player to win it. In January 2004, Bocanegra signed for the  Fulham and within a short period of time, he was able to become a fan favorite. He played as a center back and the left back as well as a midfielder.

Well, on 1st September 2007, the club appointed him as the caption of the team for the Premier League match. He played with the Bocanegra until 23rd May 2008 and joined the Rennes in June 2008. Bocanegra just played for a year with Rennes.

On 16th July 2010, he signed for the Saint-Étienne. Well, he served as a team caption on the 2010 FIFA World Cup. On 17th October 2010, he suffered a whiplash injury so he didn’t play other matches of the following year’s season. However, on 17th August 2011, he joined Rangers. He played for a year with the Rangers and joined the Racing Santander on 31st August 2012.

Bocanegra played his first match for the club on 22nd September 2012, against CD Mirandés. However, on 9th April 2013, he announced on his Twitter that he will be playing the 2013–2014 season with the Rangers.

But the U.S. National Team Manager Jürgen Klinsmann warned Bocanegra not to play for the Rangers. Well. in 2013, he signed for the Chivas USA where he played until the 2014 Season. However, he retired from his professional career after the 2014 season ended.

Carlos Bocanegra is a married man and is the father of two children. Bocanegra married his beloved wife Lita. This couple married each other after staying in a relationship for 8 years. This couple has a son and a daughter.

But still, their name is unknown. Carlos and his wife Lita are often seen in public with each other. Besides this, there are no any records of his other relationships. As well as there are no rumors of their divorce. His nationality is American and falls under a white ethnic group.

One of the famous and talented soccer player Carlos Bocanegra deserves to have a good net worth. He earns a huge sum of money in his career. He has played several matches and tournaments where he is able to score numbers of goals. He also receives a good sum of money from several brands and fashion lines as an endorsement.

Allocating information from several sources as of 2018 it is found out that his current net worth is estimated to be around $12 million. He must be satisfied with his net worth. He is living a lavish life with his wife and children.