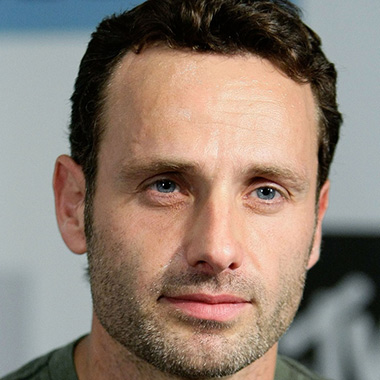 Andrew James Clutterbuck better known as Andrew Lincoln is an English actor. His first lead role was in the BBC drama This Life, followed by roles such as Mark in the Christmas-themed romantic comedy film Love Actually and as Simon Casey in the Channel 4 sitcom Teachers. Most recently, he is popular for portraying the character Rick Grimes in horror TV series The Walking Dead.

As of 2019, Lincoln net worth is approximately $16 million. With a tremendous net worth, Lincoln is living a blissful life with his wife, Gael Anderson and their children: Arthur Clutterbuck and Matilda Clutterbuck.

What’s Andrew Lincoln Net Worth in 2019? Know his source of income, salary, and earnings

The significant source of Lincoln’s income is movies, TV series, as well as Theatre. According to the source, he makes $650,000 per episode on the season 8 of The Walking Dead as his salary. As of 2019, his net worth is estimated $16 million.

Besides, there is no information about real estate properties and cars owned by him.

Andrew Lincoln, 45, is a happily married man. He tied the knot with his longtime girlfriend Gael Anderson. His wife is the daughter of Ian Anderson, the Jethro Tull vocalist.

Going into detail, Andrew Lincoln met his then-girlfriend-now-wife Gael Anderson on the set of television series Teachers. After their first encounter, the two got attracted to each other and soon began dating.

After dating for four years, they exchanged the wedding vows on 10th June 2006. During their wedding, Apple Martin, daughter of Gwyneth Paltrow and Chris Martin was the flower girl.

Furthermore, the couple is blessed with two children: Arthur Clutterbuck and Matilda Clutterbuck.

Besides, there are no records of Lincoln’s past affairs or girlfriend.

Andrew Lincoln started his professional career by appearing in ‘Births and Deaths’, an episode of Channel 4 sitcom ‘Drop the Dead Donkey’ in 1994. After completing his drama school in 1995, he got the opportunity of playing as Edgar “Egg” Cook which is his first major leading role character in the drama ‘This Life’.

He then was offered with multiple of television series and drama roles. He played in a number of British dramas such as The Canterbury Tales, The Woman in White and Wuthering Heights.

Lincoln’s big break came when he played as probationary teacher Simon Casey in the drama ‘Teachers’. He then played a lead role as psychologist and university lecturer Robert Bridge in ‘Afterlife’.

Andrew Lincoln starred in the 2010 drama series ‘Strike Back’ along with Richard Armitage. He then was seen in a number of films including ‘Human Traffic and Gangster no. 1’.

He also starred in ‘Heartbreaker’ alongside Vanessa Paradis, which was directed by Pascal Chaumeil.

Reportedly, the star of The Walking Dead, Andrew Lincoln, will be walking off the hit show after season 9.

Andrew Lincoln also performed in theatre and has appeared in a number of plays. In 1999, he played in the stage production of Hushabye Mountain and in 2000 and 2001 in Blue/Orange.

In 2006, he played in The Late Henry Moss and in the Parlour Song in 2009. Lincoln also performed in radio productions and has done many voice jobs and media campaigns and narration for numerous documentaries.

Furthermore, he directed two episodes of the third series of ‘Teachers’, for which he was awarded BAFTA nomination as a Best New Director in 2004.

Andrew Lincoln was born on 14 September 1973, in London, England, to a civil engineer father and a nurse mother. His birth name is Andrew James Clutterbuck but he is famous by his stage name Andrew Lincoln.

When he was just 18 months old,  Lincoln moved with his family to Kingston upon Hull. His family again moved to Bath, Somerset when he was nine or eight years old.

Lincoln studied at Beechen Cliff School, where he received his first acting role, at the age 14. He acted as the Artful Dodger in a school production of Oliver!. He started taking interest in acting when he spent his summer at the National Youth Theatre in London.

He then attended the Royal Academy of Dramatic Arts (RADA). After that, he started using his stage name, Andrew Lincoln.

Talented Lincoln, whose height is 5 feet 10 inches is active on several social networking sites such as Twitter and Facebook.