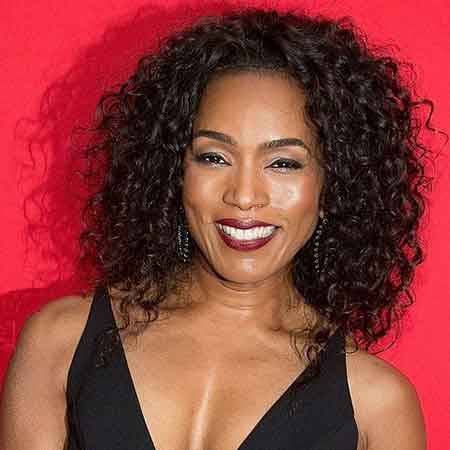 Angela Bassett is an American actress and activist who is widely acclaimed for portraying a role of Tina Turner in the biopic, What’s Love Got to do with it, for which she earned an Academy Award nomination. Besides, some of her other works include, Notorious, Malcolm X, Panther, Waiting to Exhale and so on.

Angela Bassett is a married woman. She married an American actor, Courtney B. Vance. The husband and wife are blessed with two children a son Slater Vance, and daughter Bronwyn Vance.

Well, in this digest we will be revealing detail about Angela Bassett and her personal life, early life, career, education, net worth, lifestyles and much more. Stay with us!!!

Angela Evelyn Bassett was born on 16th August 1958, in New York City, to Daniel Benjamin Bassett, father, and Betty Jane, mother. Her middle name was given in honor of her aunt, Evelyn. She has a sister, D’nette Bassett. Bassett holds an American nationality and is of mixed ethnicity.

Angela Bassett first attended the Jordan Park Elementary School and then Disston MIddle School, Azalea Middle School subsequently. Later on, she joined at Boca Ciega High School where she was a cheerleader as well as a member of the Upward Bound college prep program.

She completed her education from the Yale University with B.A. degree in African-American studies. Having an interest in being an actress, she began to focus on acting right after her graduation.

The beautiful and talented, Angela Bassett started her career as a stage performer portraying J.E Franklin’s Black Girl at the Second Stage Theatre. Besides, she made her first television appearance playing a role of a prostitute in the TV movie Doubletake. A year later, she then made big screen debut in F/X where she portrayed a role of TV reporter.

Till date, she did many noteworthy films including Malcolm X and Boyz n the Hood. She even won an Academy and a Golden Globe Award for the portrayal of Tina Turner in the film What’s Love Got to Do with it. She also played the role of Dr. Catherine Banfield in the hit TV show “ER”.

She even lent her voice for the television show “The Simpsons” as the First Lady Michelle Obama. In 2008, she was awarded the famous Hollywood Walk of Fame Star.

Some of her onscreen works include

Apart from acting she also produced and directed numbers of films comprising, Whitney, American Horror Story: Roanoke, American Horry Story: Cult, Our America, The Rosa Parks Story, Remand and so on. More recently, she has made an appearance in the films Black Panther, and Mission Impossible. Besides, she is still working on the television series, 9-1-1.

Angela Bassett married an American actor Courtney Bernard Vance in 1997. Vance is mainly recognized for his work in the features films, Hamburger Hill. The husband and wife are blessed with two children, a son Slater Josiah Vance and daughter Bronwyn Golden Vance.

The duo has been living together for more than 20 years and still, their bond is very strong. There has not been any serious dispute between the couple, neither they have involved in any other external marital affairs. Besides, the husband and wife both support their professions as well as to their daily life.

Angela Bassett makes a decent sum of money from her acting professions. Besides, she has also increased her net worth by directing and producing numbers of television movies. As of 2018, her net worth is estimated at around $25 million which is bound to have substantial growth in coming days.

In addition to acting, she is a supporter of programs for the arts mainly for youth. Annually, she attends event for children with diabetes and those in foster homes. Likewise, she is also an active member of UNICEF for the United States. In 2007, she donated $2300 to the presidential campaign of Barack Obama.