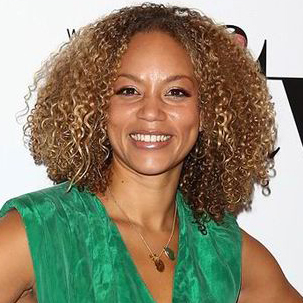 Angela Means is an American actress as well as a producer widely known for her role in the movie Friday. Means was previously married to a screenwriter Brad Kaaya Sr. and further has a son from their relationship.

But Means and her husband Brad Kaya Sr. later separated. Her son Bradley Mathias Kaaya Jr. also known as Brad Kaaya who is an American football quarterback for the Indianapolis Colts of NFL.

Angela Means was born on 19th November 1963, in the United States. Means belongs to an American nationality and holds African-American ethnicity. However, she hasn’t revealed any information about her parents and siblings. Moreover, her educational background is also yet to be disclosed.

In the early 90s, Angela Means began her acting career. Her breakthrough came after she portrayed the role of Veda in the movie House Party 3.

Moreover, Means gained further recognition after starring in the movie Friday in which she starred alongside Ice Cube and Chris Tucker. Similarly, Means further starred in Cousin Skeeter along with Meagan Good, Robert Richard, and others.

Angela Means, aged 55, was previously married to a screenwriter Brad Kaaya. But, they never revealed when they met each other and got married. Well, Means got pregnant with her first baby after dating Brad for more than eight months.

Means even promoted her movie Friday on the red carpets when she was pregnant. The couple welcomed their son Bradley Mathias Kaaya Jr. also known as Brad Kaaya on 3rd September 1995. Her son is an American football quarterback for the Indianapolis Colts.

But the things didn’t go well in between the couple. So they separated when their son was five years old. They haven’t yet mentioned the exact reason for their separation. On 5th February 2014, Means clarified that she was no more with her husband Brad in an interview with The YBF.

Although the couple is already separated, they still take good care of their son. Their son Brad mentioned that his mother always inspired and motivated him. Similarly, his father used to coach him and make him practice to throw spiral balls perfectly.

Since their separation, Means is still single and she hasn’t been in any other relationships. However, her ex-husband Brad is married to his second wife and has a daughter Charlie Kaaya.

Allocating information from several sources as of 2018 it is found out that Angela Means has the net worth of $300 thousand. To date, Means has starred in numbers of movies and has further produced a few of them.