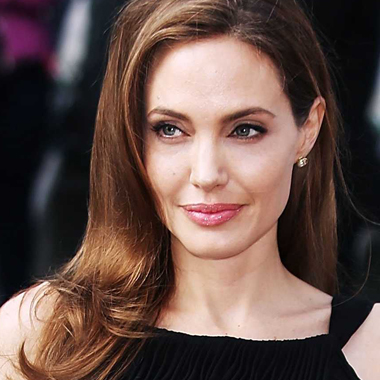 Angelina Jolie was born on June 4, 1975. Jolie began her professional film career in 1993 when she played her first leading role in the straight-to-video science-fiction sequel Cyborg 2. In 1997, Jolie starred with David Duchovny in the thriller Playing God, set in the Los Angeles underworld. She also won her first Screen Actors Guild Award.

Angelina Jolie was born in Los Angeles, California, on June 4, 1975, as a daughter of actor Jon Voight and actress Marcheline Bertrand. Angelina’s parents are separated before she was two-years-old, with Angelina and her brother James her mother moved back to the East Coast in the state of New York.

She began acting at a young age at the Lee Strasberg Theater Institute while in her early teens. Later she attended New York University. Her mother died of ovarian cancer at the age of 56.

Jolie had a boyfriend for two years from the age of 14. Her mother allowed them to live together in her home. She continued to go to school every morning and explored her first relationship in a safe way. and the breakup compelled her to dedicate herself to her acting career at the age of 16.

In 1996 Jolie began a relationship with model-actress Jenny Shimizu on the set of Foxfire. According to Shimizu, their relationship lasted several years and continued even while Jolie was romantically involved with other people.

In 2004 Jolie met her next romantic partner, actor Brad Pitt, at the making of Mr. and Mrs. Smith. In August 2014 Brad and Angelina married in a simple and intimate ceremony in their French home. The couple’s first daughter Shiloh was born in Namibia in 2006. Then she gave birth to twins, on July 12, 2008, named as Knox Leon and Vivienne Marcheline, In a seaside hospital in southern France.

In 2002, Jolie adopted a son from Cambodia and named him Maddox. Again she adopted a daughter Zahara In 2005. Angelina Jolie again added a new member to her family In March 2007 she adopted a 3-year-old boy from a Vietnamese orphanage and named him Pax. The actress had done the operation as a preventive measure for her breast cancer.

She is very famous for her off-screen romances. Till now Jolie has been married three times. First, in 1995 she married Hackers co-star Jonny Lee Miller is an English film, television and theater actor. They were not in touch for many months but they get reconnected eventually and married soon after in March 1996. the couple divorced in 1999.