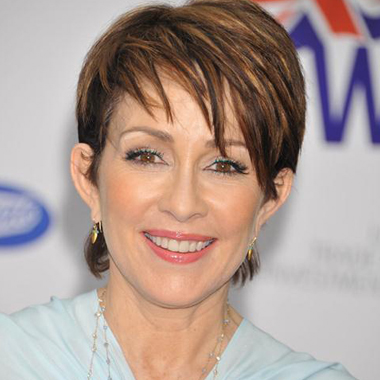 Patricia Heaton was born on March 4, 1958, is an Irish-American producer as well as an actress. She is known for CBS sitcom Everybody Loves Raymond from 1996-2005. While Patty was studying with a drama teacher William Esper in New York she made her first Broadway appearance in 1987 in the chorus of don’t Get God Started.

Patricia Heaton was born in Bay Village, Ohio, on March 4, 1958, as the daughter of Patricia (nee Hurd) and Chuck Heaton. She has three sisters named Sharon, Frances, and Alice with brother Michael.

She had attended St. Raphael’s Catholic grade School in Bay Village. Patricia graduated from Bay High School in 1976 and again B.A in drama from Ohio State University. Later on 1980, she moved to New York to study drama with William Esper.

While she was studying drama in New York she made her first appearance in the chorus of don’t Get God Started. She had cast in the leading role in six appearances on a series from 1989-1991 as an oncologist. Her other TV guest appearances such as Alien Nation in 1989, Matlock in 1990, Party of Five in 1996, The King of Queens in 1999 and Danny Phantom in 2004.

Patricia Heaton images scenes from back to you Source: 1.bp.blogspot.com

Her filmographic career includes films Memoirs of an Invisible Man in 1992, Beethoven in 1992, The New Age in 1994 and space jam in 1996. From 1996 to 2005 she has acted on Everybody Loves Raymond. She has honored with Emmy awards twice in her career and nominated for last seven seasons for Outstanding Lead Actress in a Comedy Series Emmy.

Heaton is married to her husband David Hunt since 1990, is a British actor. together they have four sons Sam, John, Joseph, and Daniel. Heaton attends an Evangelical Presbyterian Church but says she still considers herself Catholic.