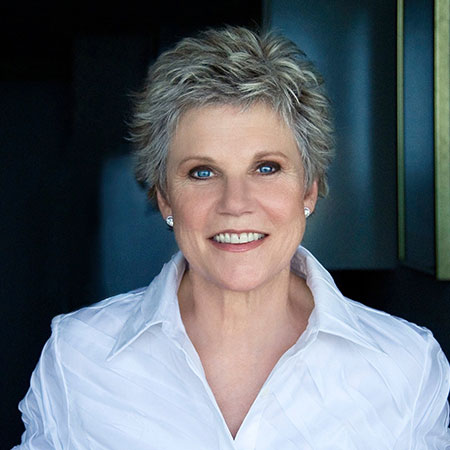 Anne Murray is a Canadian country and pop singer. She became the first Canadian female solo singer who reached at NO. 1 on the U.S. charts. For her song “Snowbird” she earned a Gold record.

Anne was born on June 20, 1945, in Springhill, Nova Scotia, Canada. Her birth name is Morna Anne Murray. She was born to James Carson Murray and Marion Margaret Murray. Her father is a doctor and her mother is a nurse. She has five brothers. In 1980, her father died from leukemia. On April 10, 2006, her mother died during heart surgery. When she was six years old, she learned to play piano as she had an interest in music. She took voice lessons when she was 15. In 1962, she graduated from her high school. She studied at the Mount Saint Vincent University. She attended University of New Brunswick and studied Physical Education and received her degree in 1966.

In 1960, she auditioned for CBC musical variety television show called Singalong Jubilee. Unfortunately, she was not offered a singing position. Two years later she got a call from Bill Langstroth, associate producer and co-host of the show Singalong Jubilee. He offered Anne to take an audition. After the second audition, she was cast for the show. She taught physical education at a high school. She worked as a teacher for a year. She was offered to take a spot on the show Let’s Go. She also appeared on Singalong Jubilee Vol. III soundtrack as the member of Singalong Jubilee cast. Arc Records released Our Family Album – The Singalong Jubilee Cast. In 1968, she released her first album “What About Me” by Ahern on the Arc label.

Her first album “What About Me” was Anne’s debut album. In 1969, she switched to Capitol Records. In the fall of 1969, she released her second album “This Way Is My Way”. The single “Snowbird” from the album became No. 1 hit in Canada. The single reached No. 8 on the Billboard Hot 100. Her single became Gold record. On November 16, 1970, the album was certified Gold by RIAA. As she was a successful artist, she became a demanding singer in Canada and the United States. She also became a regular on the U.S. TV series The Glen Campbell Goodtime Hour. Her hits includes Kenny Loggins’s “Danny’s Song” and “A Love Song”, “He Thinks I Still Care”, “You Won’t See Me”, “You Needed Me”, “I Just Fall in Love Again”, “Broken Hearted Me”, “Daydream Believer” and “Could I Have This Dance”, “Blesses Are the Believers”, “Another Sleepless Night”, “A Little Good News”, “Just Another Woman in Love”, “nobody Loves Me Like You Do” and “Time, Don’t Run Out On Me”.

On April 7, 1977, she performed “O Canada” at the American League baseball game. From 1986 her hit was “Now and Forever”. Her single “Everyday” appeared on Billboard’s Country Singles chart. Her single “What a Wonderful World” was her last charting single in Canada in 2000.

She signed with a new manager Bruce Allen in 1996. In 1997, she recorded her first live album and she released her platinum album “What a Wonderful World” was released in 1999. The album became No. 4 Country and No. 1, Contemporary Christian. She released her album “Croonin’” in 1993. In 2002, she released “Country Croonin’”. In Canada, she released “I’ll Be Seeing You” in 2004. In 2005, she released “All of Me” which is dedicated to her friend Cynthia McReynolds.

She joined Canadian music stars in the Canada for Asia Telethon on December 26, 2004. For closing, she sang “What Would It Take” with Bryan Adams. In November 2007 she released “Anne Murray Duets: Friends & Legends” in Canada. In January 2008, she released the album in the U.S. The album reached No. 2 on the Canadian pop album charts. Her album was certified Double Platinum in Canada. She won Juno Award nomination in 2008. In July 2008, she re-released her album “What a Wonderful World”. In October 2008, she released a new Christmas album, “Anne Murray’s Christmas Album”.

Her autobiography “All of Me” was released in 2009. In 1975, she got married to Bill Langstroth. Bill is a music producer. The couple together has two children named William and Dawn. In 1997, the couple got separated and the following year they got divorced. In May 2013, Langstroth died.