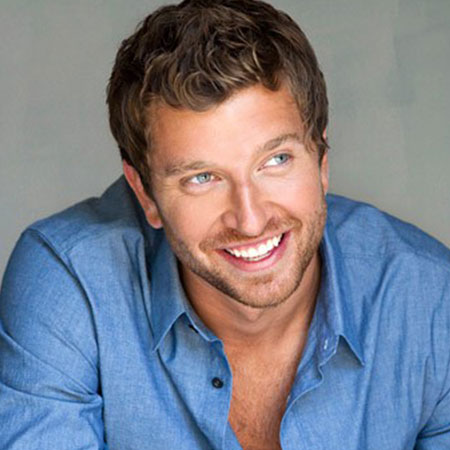 Brett Eldredge is an American country music singer. He is famous for his single from debut album “Bring You Back” i.e. “Beat of the Music”, “Don’t Ya” and “Mean, to Me”.

Brett was born on March 23, 1986, in Paris, Illinois. His birth name is Brett Ryan Eldredge. He was born to Christopher “Chris” Eldredge and Robin Beth. He has a cousin named Terry Eldredge.

He is the co-writer the track “I Think I’ve Had Enough” for Gary Allan. Gary recorded the track for his album “get Off on the Pain”. He signed the contract with Atlantic Records in late 2000. On September 27, 2010, he released his debut single “Raymond”. His single was successful in reaching at No. 52 on the U.S. Billboard Hot Country Songs chart. The single charted for the week until October 16, 2010. The video for the single was directed by Shaun Silva. He released his second single “It Ain’t Gotta Be Love” which reached No. 46 on the chart.

In March 2015, the single reached No. 1 on the Country Airplay chart. The single received Gold certification from the US. In 2015, he released his sixth single “Lose My Mind”. The single became the lead single of his second album. The video for the single was directed by Joel Robertson. On October 29, 2010, for the first time he performed on the Grand Ole Opry. He started his official YouTube page called as Couch Sessions. In his channel, he does acoustic performances of his songs. He also does the cover of other songs. He also became the part of the opening acts on Taylor Swift’s Red Tour.

He is a diehard fan of Chicago Cubs. In 2015, during the 7th Inning Stretch at Wrigley Field, he performed “Take Me Out to The Ballgame”. In 2014, he went on a Pain Killer Tour with Little Big Town. He then went on Southern Style Tour with Darius Rucker. In the same year, he went on Suits & Boots Tour and was a part of the opening act.

In 2014, he was awarded Country Music Association Awards as New Artist of the Year. As of 2016, Brett Eldredge’s net worth is $2 million dollars.