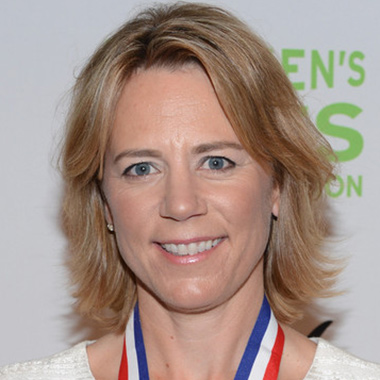 A retired Swedish American professional golfer Annika Sorenstam is regarded as one of the best golfers in history. She retired from her career in 2008 and at the time of her retirement, Sorenstam had won 90 international tournaments as a professional.

Sorenstam is the female golfer with the most wins. Sorenstam is married twice and has two children from her relationships. Currently, she is living with her second spouse Mike McGee.

What Is The Net worth Of Annika Sorenstam In 2019? Earning, Salary

The former professional golfer Annika Sorenstam definitely earned a colossal sum of money from her career. Throughout her career, she has won several tournaments and championships and received a medal as well as cash prizes.

Read more: What is the Net Worth of Golfer Holly Sonders? Also, Know About her Career and Awards

As of 2019, the net worth of Sorenstam is estimated to be around $40 million. During the 2001 season, Sorenstam won eight LPGA tours and received over $2 million. 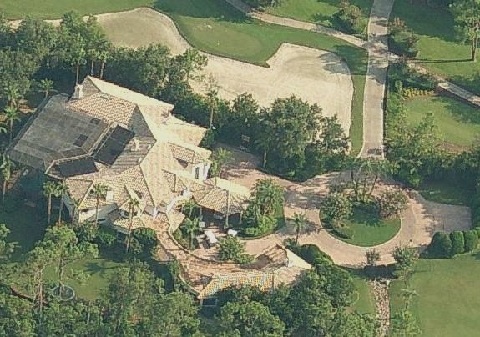 Sorenstam owns a house in Orlando, Florida. The 9,237 square feet house features six bedrooms, seven full bathrooms and a half, swimming pool, fireplace as well as a boat dock. It was built in 1996 and Sorenstam bought it in 2009 for $7 million. As of now, she is living a lavish life with her husband and children relishing the hefty net worth.

Annika Sorenstam is married twice. Previously she was married to David Esch. The couple met each other for the first time in 1994 on the driving range at Moon Valley Country Club, Phoenix, Arizona. At that time, Sorenstam was an LPGA rookie practicing for a tournament and he worked for club manufacturer Ping. 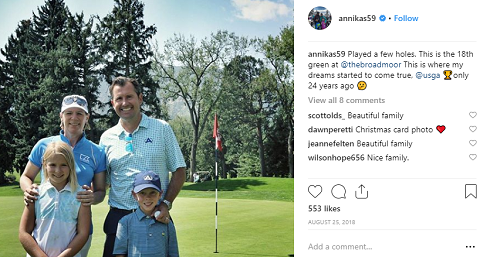 Sorenstam and David began dating after their first meeting and got engaged in the 1995 Evian Masters. Finally, the lovebirds exchanged their wedding vows on 4th January 1997, in Lake Tahoe. Unfortunately, the things didn’t work well in between them and they finally divorced in 2005.

After two years of her divorce with the first spouse, Sorenstam got engaged to Mike McGee in August 2007. Mike is the managing director for the ANNIKA brand of businesses and son of former PGA Tour and Champions Tour player Jerry McGee.

Do not miss: Nick Dougherty Biography

On 10th January 2009, Sorenstam and her spouse, Mike tied the knot. Their wedding was held at Lake Nona Golf & Country Club in Orlando, Florid. From their marital relationship, the husband and wife are blessed with two kids.

They have a daughter Ava Madelyn McGee born on 1st September 2009. Likewise, their second child, son William Nicholas McGee was born on 21st March 2011, nine weeks premature. Since their wedding, the couple is together and are living a blissful life with their kids. To date, there are no issues that could ruin their happy married life.

When Was Annika Sorenstam Born? Early Life And Education

Annika Sorenstam was born on 9th October 1970 in Bro, Stockholm, Sweden. She is the daughter of Tom Sörenstam and mother Gunilla Sörenstam. Her father is a retired IBM executive and her mother worked in a bank.

Sorenstam was raised along with her younger sister named Charlotta who also a professional golf player. She coaches to the players at her academy and is one of the players who has won $1 million on the LPGA along with Annika. Sorenstam graduated from The University of Arizona.

From the early Annika Sorenstam was interested and excel in various games. She was also ranked nationally to the junior tennis team and also played football for the club Bro IK. She first started playing golf at the age of 12. Sorenstam used to be a very shy girl in her junior days that she didn’t want to give the speech after the victory.

Her coaches wanted her to give the speech after the victory then she decided to state her mistakes and her misses to stopped. She won St. Rule Trophy and started her career as an amateur. Annika played Espirito Santo Trophy World Amateur Golf Team Championship in 1992. She was on the national team of Swedish from 1987 to 1992.

Sorenstam is one of the most successful golf players in women’s golf history. She also played at the Swedish Ladies Telia Tour while she was waiting for her college to start in Sweden.

Annika won three tournaments during 1990/1991. Moreover, she also won the collegiate title and also freshman and non-American to win the NCAA National Championship while she moved to the US to attend the University of Arizona. Sorenstam became a runner-up in the United States Women’s Amateur Golf Championship and got an invitation to play in the U.S Women’s Open where she came third.

Her Tallent Continues To Shine

As Annika Sorenstam was the great women’s golf player, she was invited to LPGA tournament three times. She earned more than $47000. She was Ladies European Tour Rookie of the Year in 1993. Her professional win was at Holden Women’s Australian Open in 1994 on ALPG Tour.

Annika made her debut in Solheim Cup. She was also the LPGA Rookie of the Year. She won the first LPGA Tour Title at US Women’s Open in 1995. She also became the second player to be Player of the Year and also Vare Trophy winner after being Rookie of the year in the same year.

Likewise, Annika won six LPGA titles also regaining Money List and Player of the Year titles. In the 2000’s she lost her focus but still manages to earn some LPGA tournaments than the tour in the 1990s.

In 2001 season, Sorenstam became the female golf player to have eight LPGA wins. She crossed earnings of $2 million in a single season. She tied about 30 LPGA records. Sorenstam was invited to play in Bank of America Colonial golf tournament making herself as the first woman to ever play in PGA Tour.

Furthermore, Sorenstam won LPGA Championship and Women’s British Open in 2003 season. Overall she had five other victories. Annika lost while defending her MasterCard Classic Title in 2007. She was injured in her neck. This injury was her 13 years first injury. She took a two-month break.

Although Sorenstam was not totally fit, she played LPGA Championship and managed to rank herself in 15th place. She gathered a press conference and declared herself as retirement from the golf on 13th May 2008. Her last victory was at Suzhou Taihu Ladies Open which was an event by Ladies European Tour and Ladies Asian Golf Tour. Her last professional tournament was in December 2008 on Ladies European Tour which was in Dubai Ladies Masters.