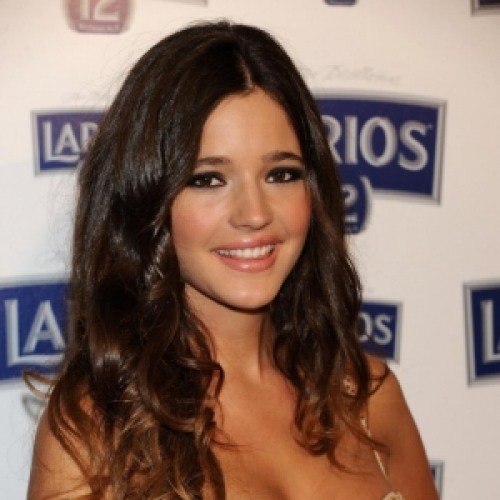 An Argentinian model, Antonella Roccuzzo is widely known for being the wife of the soccer superstar Lionel Messi. Besides that, she is also famous for being the media sensation because of her beautiful pictures in social media with her husband. Currently, she is about to work her own footwear brand. 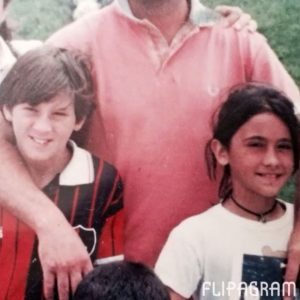 Antonella Roccuzzo (R) and Lionel Messi (L) during their childhood
Source; The Sun

Antonella and Messi were friends from their childhood. During her childhood, Antonella was shy where she didn’t have many friends.Antonella completed her schooling from a local school in Rosario. After that, she went to attend the university in Argentina studying odontology. Moreover, she urges social communications.

During her early age, she wanted to become a dentist. However, her way turned in to a modeling career and began to concentrate in modeling. As a model, she has worked in different products.  Antonella went to Spain with Messi after he began his career in Barcelona.

All her earnings come from modeling as well as from other works.She also recently launched her own shoe line with Luis Suarez’s wife Sofia Balbi and the pair has modeled some of the designs on her Instagram account.

Roccuzzo married to her childhood sweetheart Lionel Messi. Antonella and Messi were in a relationship for almost nine years, since 2008. The couple wed on June 30, 2017, in a civil ceremony at a luxury hotel in the heart of Rosario, the city where Messi grew up before heading to Barcelona. She wore an exclusive, exquisitely detailed mermaid-style gown, designed by Rosa Clara, for the ceremony.

The designer also dressed the bride’s mother and sisters and several of the wedding guests. According to a report, she held her marriage gown flown in on a private jet from Spain. 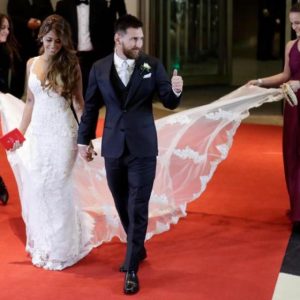 Antonella Roccuzzo with her husband, Lionel Messi
Source: the net.ng

A host of celebrities and footballing greats past and present, containing Shakira and husband Gerard Pique, Xavi Hernandez, Carles Puyol, Cesc Fabregas and Sergio Aguero strutted their stuff on the red carpet, to celebrate the pair’s marriage.

The couple has two sons; Thiago, born on November 2, 2012, and Mateo, who was born on September 11, 2015. Her husband Messi has tributes to both of his children tattooed on his body and also sports both of their names on his boots. Clearly a proud father, he also frequently shares pictures of the family on his Instagram account.

Moreover, She has also been in a relationship with another boy for a while when Messi went to Spain. But she ended the relationship in 2010 and went for Messi.

Roccuzzo is a model and has modeled for several brands. She also co-owner of own shoe line. Being a wife of global football star Lionel Messi currently, she has an estimated net worth of $20 million. However, her salary is unknown.