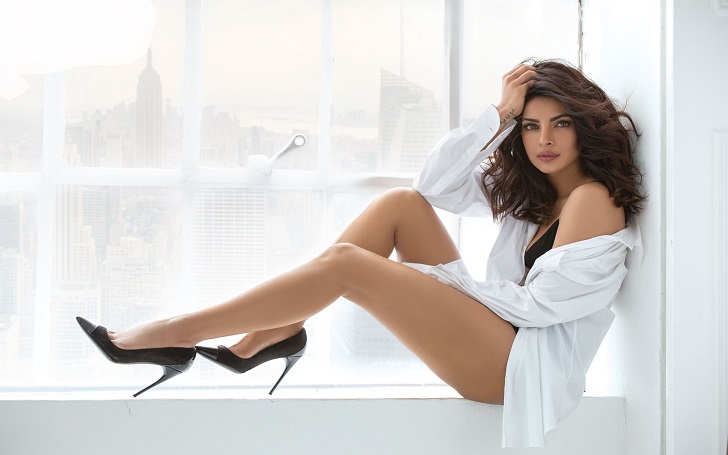 An American television thriller series Quantico, created by Joshua Safran has won lots of awards and honor due to its extraordinary performance. And we all know the Hollywood and Bollywood actress Priyanka Chopra playing the character of Agent Alex Parrish? Without any doubt YES.

However, her marvelous role in the ABC show Quantico has the country shocked for a while and has been commended for thinking big and stepping out of the box.  She said:

“My achievements have come from taking chances”

Priyanka is only the Indian in the USA who was selected for the state-level National Opus Honor Choir for her extensive charity work back in India and in the USA. So aren’t you excited to know her facts during the season Quantico? Without, any delay let’s get started.

1. Priyanka was unsure about signing the show

Can you believe that! Priyanka wasn’t sure to sign the show. The show demanded her for the character of Alexa Parrish but she was still thinking whether to sign or not.

“I was a little sceptical initially because it’s a long commitment. I had to balance television and Hindi films. The script was incredible and I just couldn’t say no to it.” Well, we’re glad that she did sign it!

But finally, she signed and we think that you already had watched Quantico.

2. Priyanka did two movies and also Quantico at the same time

At the time of Quantico’s shooting, she was promoting movie Dil Dhadakne Do and shooting for Bajirao Mastani.

She even had moved India for three days and had flown back to the US, through which we can say that Quantico had made her a busy girl. It was difficult for the diva to do all the works together in different countries, but Priyanka managed it very well.

3.Quantico: Meaning and is not based on 9/11 attacks

The show is named after a town in Virginia, USA, one of the largest US Marine Corps based in the world and is also the home to the FBI Academy and hence the show is named, Quantico.

If you watch the show promos then you might be confused that it is base on the 9/11 attack. Priyanka’s character also gets wrongly indict of 9/11 attack, however, the show is about the fictional terrorist attack.

4. Priyanka was injured on the set of Quantico

Priyanka suffered from a temporary unconsciousness while performing a stunt in the ABC series Quantico.

She was immediately taken to the hospital and returned to work after the weekend. She thanked her fans for their all warm wishes on Twitter.

She performs her own stunts for the show. She said:

“I do all of the stunts myself, “The action sequences really, really push me this time. I’m fighting numerous people together and it’s extremely challenging and so much fun to shoot.”

5. Priyanka Kissed her ex after break up

Quantico star Priyanka Chopra confesses herself that she has kissed her ex after break up. She shared her kissing news for the first time with Koffee with Karan.

However, she had not revealed the name she just confessed that she had kissed.

Hollywood and Bollywood actress and as well as Miss World 2000, Priyanka is a very hardworking and devoted actress. She also the two times winner of People’s Choice Awards and many other awards.

So these were five facts about the Quantico actress Priyanka Chopra. Hope you enjoyed reading something new about the hotty, Priyanka. We give all our warm wishes for such an amazing actress. Best Of Luck.