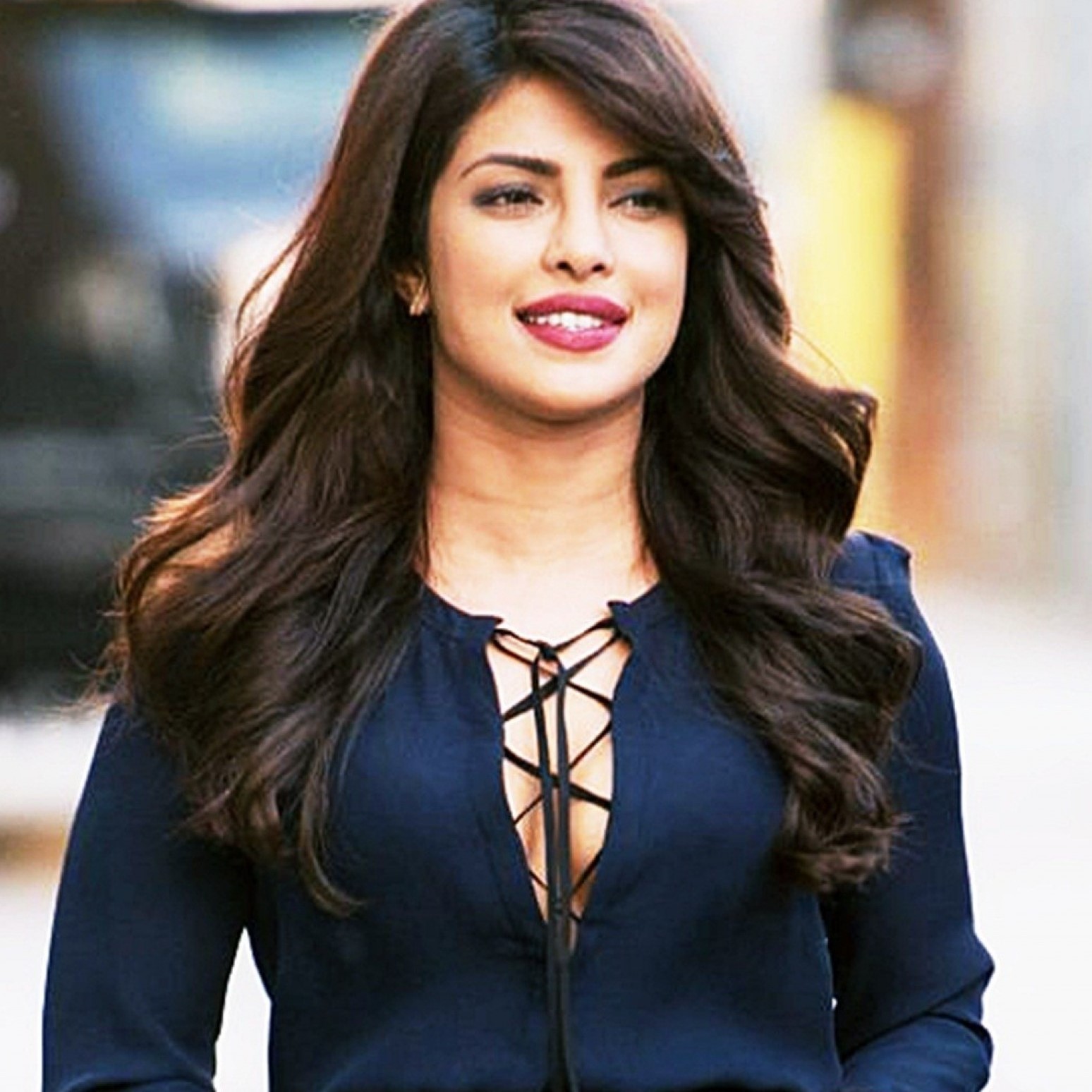 One of highly paid and Padma Shri honored, Priyanka Chopra is the multi-talented Bollywood turned Hollywood actress. She is widely known as the winner of Miss World 2000 pageant and for her breakthrough role on the American TV drama ‘Quantico.’ Having active in this industry since 2000, she has work in nearly 50 films and has been associated with several philanthropic causes, such as “Save Girl Child”, and “Awakening Youth”.

Priyanka Chopra was born on 18 July 1982 in Jamshedpur, Bihar India. Her parents were physicians in the Indian Army.Her father Ashok Chopra was Punjabi from Ambala and her mother Madhu Chopra was from Jharkhand. She was born as the eldest child and has a younger brother, Siddharth.

She went to attend La Martiniere Girls’ School in Lucknow and then attended St. Maria Goretti College in Bareilly. Due to her family profession, she had to change move away several places for settlement. At the age of 13, she went to the USA for her further study and stayed with her aunt. She was dominated and faced racial issues for being Indian.

Chopra made her acting debut at the age of 20 appearing in the film “Thamizhan” in 2002. In 2003, she seemed in her first Bollywood film “The Hero: Love Story of a Spy”. Chopra found success with the romantic comedy, Mujhse Shaadi Karogi.

She succeeded these in 2006 with two of the year’s most successful films, Krrish and Don, but she was also in four other films that year that came and went unremarked.

In 2007, Chopra saw little success at the box office, and in 2008 she returned with another six more. One of her 2008 films, Fashion, hit a chord with reviewers, and in 2009 Chopra developed her skills playing 12 various roles in “What’s Your Raashee?”She made her sizzling appearance in the “Dostana” film.

She made her breakthrough role in the film “Mary Kom” in 2014. The film was the first Hindi-made movie to premiere on opening night at the Toronto International Film Festival and put Chopra in the global cinema limelight once more.

Chopra also made her appearance in the films such as Agneepath, Barfi! and Bajirao Mastani.

In 2015, Chopra signed American television drama thriller series “Quantico”. She acted as Alex Parrish, a bright FBI trainee who joins the agency after graduating from the FBI Academy and is later a prime defendant in a terrorist attack on Grand Central Terminal. She portrays along with Li Jun Li, Simone Alexandra Johnson, Rick Cosnett, and much more.

With the role, Chopra graces the first Indian woman to star in a leading American TV network drama and marks her most visible crossover to date from Bollywood to Hollywood.

In 2017, Chopra made her Hollywood live-action film debut by playing the antagonist Victoria Leeds in Seth Gordon’s action comedy “Baywatch” along with the star Dwayne Johnson.

She is currently filming A Kid Like Jake. Chopra is also producing over a dozen regional films in various languages under her production company. She has also signed Aniruddha Roy Chowdhury to direct a Hindi film starring her for her company.

She recorded her first the song “Ullathai Killathe” in the Tamil film Thamizhan (2002), Her single ‘In My City’ won the Best International Debut award at the People’s Choice Awards India.

Her third single, a cover of Bonnie Raitt’s “I Can’t Make You Love Me” released in April 2014. The song topped at number 28 on the Billboard Hot Dance/Electronic Songs chart.

Priyanka Chopra has been connected with several philanthropic such as “Save Girl Child” campaign, and “Awakening Youth”, an anti-addiction program. She also selected as a UNICEF Good will Ambassador for Child Rights.

Who won’t fall for the piggy chops ?. The sizzling Priyanka Chopra has broken many hearts as she has had many love relations. Let’s start her intimate affair with the lucky men.

In the first list, start with the name, Aseem Merchant. The two began to date during their modeling career but after holding the Miss World title 2000, she ditched him.

Then, Priyanka allegedly went intimate with her co- star Akshay Kumar. That happened when they were working films. But Akshay’s wife Twinkle got a rumor of it and reportedly alerted him that enough is enough. since then, the two avoid each other at public functions. 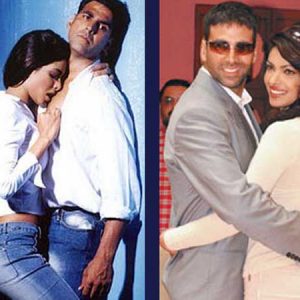 After that, she became a Harman Baweja’s lady love for five years. They started sliding apart when their film Love Story 2050 flopped. The rumors blamed the Shahid Kapoor, a reason behind their separation. 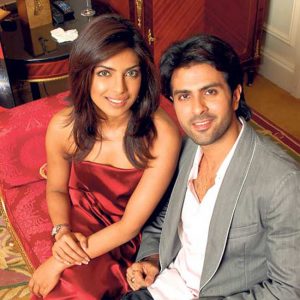 She became a subject of interest to the fans when she reported t be dating King Khan, Shahrukh Khan. The news heightened the biggest issue in Bollywood and Shahrukh’s wife Gauri, who was formerly close to Priyanka, forced her out of her circle and even reportedly warned Shahrukh against ever acting with her.

Shahid Kapoor reportedly opened the door of her apartment. The talk of their affirmed affair spread like a wildfire. But Shahid Kapoor, who broke with Kareena after years of relationship, had his claimed affair with Priyanka a secret. Priyanka also never accepted it until when she said on Koffee with Karan that she admitted was once Shahid’s girlfriend. 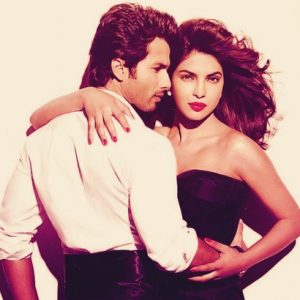 There is no dought that, her magic is circulating all over the world. So, what do you think is she found her new flame?

Well most recently, on May 3, 2017, she was noticed becoming too pally with singer Nick Jonas, the two walked the red carpet together and even postured for pictures, which was later distributed by Nick on his Instagram account.

The two also posed beside Armie Hammer and his wife Elizabeth Chambers.

Well, the gathering picture looks more of a ‘couples’ picture’, one never knows.Even their fans are cross-examining them on Instagram, Twitter whether there is any affair firing between the two?

It Looks like Jonas is all besotted by Priyanka’s charm. Well, we really can’t accuse Jonas though, because she always brings her magnetic charisma along.

Priyanka Chopra is considered as the queen of brand endorsements, second only to Shah Rukh Khan when it comes to sheer bravery in selling brands.

She has endorsed brands like Garnier, Nestle, Pepsi, Nokia and Hero Honda among many. Priyanka Chopra is recognized to be the first Indian actress to highlight in a school text book, her life is documented in a chapter of Roving Families, a book at Springdales School.

Priyanka Chopra has bought several properties in Mumbai and Goa. She has homes in Lokhandwala and Oshiwara in Andheri (Mumbai). She has contracted a few properties for commercial uses in Mumbai. 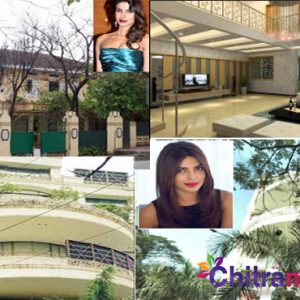