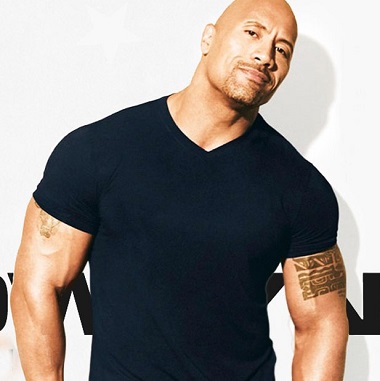 Dwayne Johnson is widely recognized as The Rock, the winner of WWE World Heavyweight Champion for 8 times. He is also an outstanding American actor, recently appeared in the movie “Baywatch”.

Dwayne Douglas Johnson was born on May 2, 1972, in Hayward, California. His parents were Ata Johnson and Rocky Johnson. His father was a professional wrestler from Canada. During his childhood days, Dwayne traveled to many places to watch his father’s performance in the ring. He holds Canadian and American nationality. 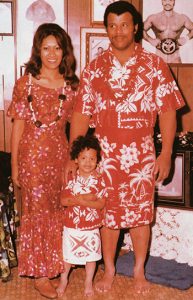 Dwayne Johnson with his family

Dwayne joined the University of Miami in a full scholarship as a football player. He became successful football player during his young age and played for Canadian League. Inspired by his father, he left the league to be a wrestler.

Dwayne Johnson started his career as Rocky Maivia in WWF. He appeared on Monday Night Raw on November 1996. He did his first match at Survivor Series where he was the sole survivor by single-handedly eliminating Crush and Goldust. Dwayne won the Intercontinental Championship during his starting career. He achieved great success as Wrestler and also won WWE World Heavy Weight Champion for eight times.

Dwayne also appeared in the music video called It Doesn’t Matter.  Moreover, he also became the host of the show named Saturday Night Live. He also appeared as guest artist on Star Trek: Voyager. In 2000, he won the title Top 10 Celebrities in 2000. He was also listed as Most Intriguing People in People’s Magazine.

Dwayne started his acting career in 1999 where he appeared as the role of his own father in That Wrestling Show. He rose to fame after he appeared in blockbuster movies like  The Mummy Returns, The Scorpion King and Walking Tall.

He became hit from the movie Fast and Furious as Luke Hobbs which led him to be a superstar of Hollywood. Recently, he appeared in the Baywatch along with the co-star Priyanka Chopra, Jon Bass, Zac Efron and Kelly Rohrbach. His upcoming movie is Jumanji which is going to release on Christmas.

Dwayne has married twice. He married his girlfriend Dany Garcia on May 3, 1997. Together they have a daughter named Simone Alexandra. Dwayne separated with his wife after ten years of marriage.

After splitting with Dany Garcia, Dwayne started dating with Lauren Hashian. The duo met each other on the set of The Game Plan. The couple is happily married since 2007. The husband and wife are blessed with a daughter named Jasmine. 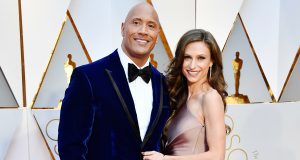 Johnson enjoys great success in the movie industry. Throughout his glittering career, he is able to collect total net worth of $125 million. Dwayne collected income as a retired wrestler, actor and published author. Dwayne lives a lavish life in the United States.