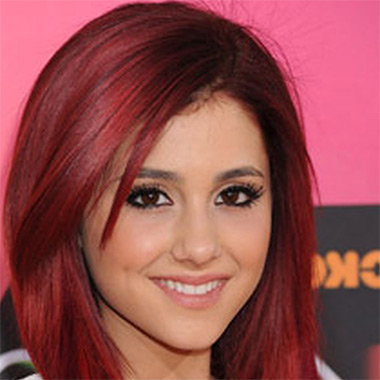 Ariana Grande was born on 26th June 1993 in Boca Raton, Florida. She is an American singer and actress. She is one of the most popular singers nowadays. Her music is rocking the charts.  In a short period of time, she has gained popularity and lots of fans. She is one of the pop stars to have achieved success in such short period.

Ariana Grande was born to Joan Grande and Edward Butera. Joan was a chief executive office of telephone and alarm system company called Hose-McCann Communications while Edward owns a graphic design firm in Boca Raton. She has an elder half-brother. His name is Frankie Grande. Frankie is a producer, actor, and dancer. He participated in the reality show Big Brother 16. Ariana was very close with her grandfather Frank. In 2014, Frank passed away. She attended Pine Crest School  and later joined North Broward Preparatory School in Boca Raton. Ariana’s name was originally inspired by Princess Oriana From the movie Felix the Cat.

Ariana Grande had passion in acting and singing since her childhood. She acted in many children theater programs. She played her first role as Annie with the Fort Lauderdale  Children’s Theater.  She has also performed in musicals like Beauty & the Beast and The Wizard of Oz. At the age of 13, she got serious in singing and wanted to make a career in it. She told that she wanted to record an R&B album when she was 14. Ariana won a National Youth Theater Association Award in the musical 13 on Broadway. She did the supporting role of cheerleader Charlotte in it.

In 2009, Grande gave audition for the television show named Victorious for Nickelodeon in New York. She was cast as Cat Valentine. Ariana is naturally a brunette but she had to dye her hair red every other week for her role. Dan Schneider, the executive producer did not want all the cast members of the show to be brunettes. She became quite popular for her role in that show. The show made the history in Nickelodeon. They had the second largest audience for a live action series with the 5.7 million viewers. In 2010, after the wrap-up of the Victorious, Ariana focused on releasing her debut album. She did many cover songs of popular singers like Adele, Mariah Carey, and Whitney Houston. She recorded her cover songs and uploaded to Youtube. She was signed to a recording contract by a friend of Monte Lipman, a CEO of Republic records. He watched one of the video’s of Ariana and was very much impressed with her singing. In December 2011, she released her first single, “Put Your Hearts Up”.

Ariana Grande recorded Yours Truly, her debut album over a three-year period and released it on August 30, 2013. That album hit No.1 spot on the US Billboard 200 albums chart. It became a huge success. She herself was a songwriter on several tracks of the album. 138000 copies were sold in the first week of the release. The album topped many charts in many other countries like Australia, Uk, Ireland and Netherland. After that, Grande has been giving many hit songs like “The Way”, “Baby I”,”Right There’’, “Problem”, “Bang Bang” etc. She has featured with many popular singers like Iggy Azalea, Jessie J, Big Sean and Chris Brown.

Ariana Grande was in a relationship with the singer Big Sean for eight months. They cared for and loved each other very much but due to conflicting touring schedules that would be keeping them apart for the next year, they ended the relation. They began dating since October 2014 and had also appeared together on the red carpet at the Grammys. Ariana has launched her own perfume “Ari” in September 2015. There are many different scents of perfume in her collection.