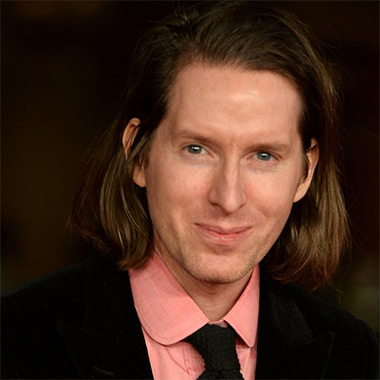 On the list of popular director and producer, Wes Anderson is one of the multi-persona who has its own uniqueness and different taste in production and direction. Born on the date May 1, 1969, in Houston, Texas, he is best known as a director, producer, actor and screenwriter by profession. Coming to her early child history, he is the second son out of three sons of Texas Ann (Burroughs) and Melver Leonard Anderson. His father is a realtor and archeologist by profession while his mother used to work in advertising and public relations. Anderson has the Swedish and Norwegian ancestry and belongs to American Nationality. The sad moment came to his life when their parents decide to get a divorce when he was only 8 years old.

Wes Anderson, who was always keen in film producing, graduated from St. John’s School, Houston in the year 1987. During the 90’s period, he produces a number of small and silent movies with the help of his father’s Super 8 camera along with his brother’s and friends. Later on, that passion became the professional hobbies. Anderson main ambitions were to be a writer but due to his part time work in cinema projectionist, he was more fascinated towards it. Later he graduated from the University of Texas, Austin with the degree in Philosophy in 1990.

After his graduation, Wes Anderson steps into filmmaking with Bottle Rocket which was released in the year 1996 and was based in crime scene by young Texans, the movie plot was quite awesome however it didn’t do well at the box office. After gaining bitter but strong experience from the first movie, he came up with Rushmore in the year 1998 which was high school comedy with a huge crush on an elementary teacher. The film was a huge success and was highly acclaimed by the critics. Bill Murray and Jason Schwartzman after the movie repeatedly appeared in Anderson movies till date. After his success in the comedy genre, he again gains huge fame and success with The Royal Tenenbaums which was released in 2001 with the help of Owen Wilson to whom he met when he was in Texas University.

In the later days, Anderson began to try different and unique genre and produces many remarkable movies such as The Life Aquatic with Steve Zissou, The Squid and the Whale, The Darjeeling Limited, Fantastic Mr. Fox, Moonrise Kingdom, The Grand Budapest Hotel, She’s Funny That Way and numerous short films. While considering his movies history and roles, Wilson Brothers have been in recurring roles while he uses new techniques in video production and tries unique things in his films soundtracks and music. Being one of the sensational director and multi-persona he has been successful to win a number of awards including MTV Movie Award for Best New Filmmaker, Lone Star Film & Television Award for Debut of the year (1996), Los Angeles Film Critics Association Award for New Generation Award and much more. You can always refer to Wen Anderson wiki for his detail bio and an award list.

Coming to his personal life section, Wes Anderson is currently dating Lebanese Writer and talented multi-persona Juman Malouf who is also a costume designer and voice actress in most of Anderson movies. Though the couple lives in New York, they spent most of their time in Paris.