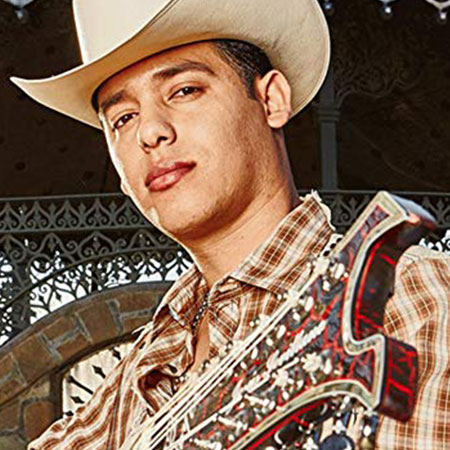 Ariel Camacho’s full name is Jose Ariel Camacho Barraza. He was conceived on July 8, 1992. His passion stood in singing and performing since an early age. He was a Mexican singer-songwriter, and he played in the Regional Mexican genre. He was the lead vocalist and guitarist (acoustic) of the band named Los PLebes del Rancho signed under DEL Records. He was better known for his flowing vocals and distinct guitar playing.

Ariel Camacho was killed in a car crash (speed driving) in Sinaloa on February 25. He was just the age of 22 when he died. He had just performed in a concert at the 2015 Carnival Mocorito Concert before he suffered a brutal car crash. He had wished his fans just hours before his death.

Camacho was known for  “Toro Encartado”- a hit melody that was well appraised by his fans all over the world. His name became a Twitter trend in the US after his death. Each one of his fan would tweet for his accomplishment and his early departure from this world. His music and performance was appreciated all over the world and he ruled through his music even after his death.

His music was well promoted by Sony in the US. His band the Los Plebes Del Rancho was fronted by Camacho with his bandmate Cesar Sanchez and Omar Burgos supporting him. Their music was based under the genre of Sierreno. The band cosisted of only three individuals  including an acoustic guitar player, an accordian player and a bass player. Following his untimely death, his band’s song titled ‘El Karma’ reached to the number one position in the Billboard Hot Latin Songs list.

Camcho played guitar and wrote songs in addition to singing. On account of his singing, he was mostly applauded by the youngsters in rural Mexico. Not only Mexico, he had also created a greater fan base on the other side of the border too. He was famous for his original narcocorridos – writings and ballads telling the violent lives of the drug taffickers. But his fans and the people he had worked with has claimed his songs to be of more deeper meaning. He himself used to refer  his songs to be as “campirana” – songs for farmers.

Some say that the Narcocorridos laud the lives of the Mexican drug traffickers of the 1930s. Apart from that, they have evolved in music to different other sub genres, which describes more about the lives of  the poor and those who find power in violence. Camacho’s songs ranged from the usual tales of drug taffickers to money and brawls and even the love songs.

Camacho who was born in Sinaloa, was also regarded as the heir to the popular musical figures in Norteno culture like Valentin Elizalde also known popularly as El Gallo de Oro(the  golden rooster). Elizalde was  killed in Reynosa in 2006 when he played his songs that were beleived to have agonized a drug gang.