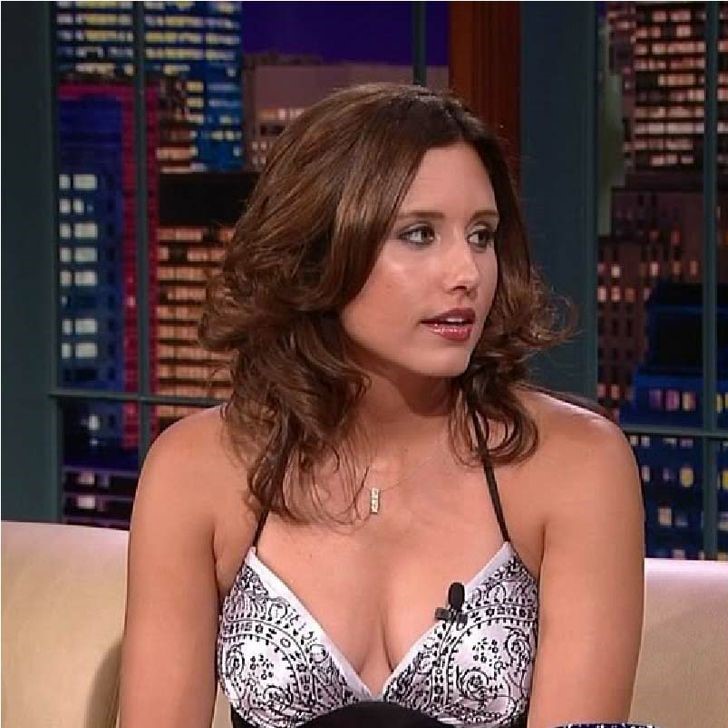 Ashley Force Hood is a retired Top Fuel Funny Car (TF/FC) drag racer, who raced for John Force Racing. She is widely known for being the first woman to earn a win in Top Fuel Funny car racing; beat her father in the final round at the NHRA Summit Southern Nationals.

Force Hood is a happily married woman. She and her husband, Daniel Hood has been married for a long time. Their wedding date was set on 13th December 2008, in Lake Tahoe, where only relatives and close friends attended their wedding.

Ashley Force Hood (born 29th November 1982, Yorba Linda, California, United States. She is the daughter of John Force and Laurie Force. She has two sisters named Brittany Force and Courtney Force. Courtney is also a well-known drag racer, who is following the footstep of her father and elder sister.

Not sure why my sisters have bath pouf sponges on their heads but Happy Siblings Day! Love u girls!

Her father John is a 15-time NHRA Funny Car national champion. Force went to attend Esperanza High School in Anaheim, CA, where she used to work as a cheerleader. In 2003, Force graduated from California State University, Fullerton (CSUF) with a B.A. in communications with an emphasis in television and video.

Here’s a little trip down memory lane in honor of my dads birthday!

A post shared by AshleyForceHoodJFE (@ashleyforcehoodjfe) on May 4, 2017 at 6:36pm PDT

In 2007, Ashley Force Hood was voted as the Hottest Athlete by an AOL Sports Poll, beating out favorites Tom Brady and Danica Patrick.

Force Hood won her first NHRA Professional event in 2008 when she defeated her father at the NHRA Summit Southern Nationals in Commerce, Georgia.

Getting ready for Q2 in Vegas!

A post shared by AshleyForceHoodJFE (@ashleyforcehoodjfe) on Oct 31, 2014 at 5:02pm PDT

Ashley Force Hood also became the first woman to earn a win there. She was also featured on the A&E reality television series Driving Force with her family.

Force Hood also owns two American bobtail cats which were featured on the television series Cats 101 on Animal Planet in 2010. She retired from competitive racing when she had her first child in 2011.

Force Hood is a happily married woman. She and her husband, Daniel Hood has been married for a long time. Their wedding date was set on 13th December 2008, in Lake Tahoe, where only relatives and close friends attended their wedding.

After dating around three years, the couple decided to engage. Their six months engagement stepped one step after six months.

Her husband, Daniel is the parts manager of the Castrol GTX Funny Car team. Force Hood and her husband are owners of two American Bobtail cats, Simba and Gizmo, featured on Animal Planet’s Cats 101 on 18th September 2010.

Ashley Force Hood is the most beautiful car racer in the sports field. She received her first ever NHRA Professional-category growing the first woman to earn a win in TF/FC. She earned all of her money through racing.

Additionally, Ashley also receives a good sum of money from several fashion lines and brands as an endorsement. Allocating information from several sources as of 2018 it is found out that her current estimated net worth is around $3 million.