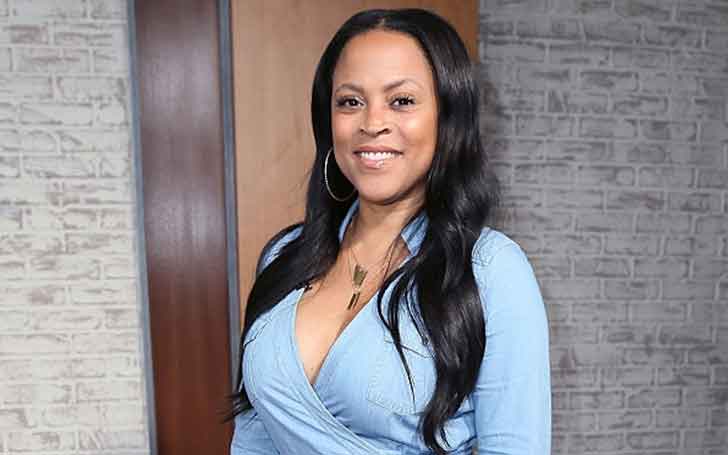 The reality Tv Shaunie’s Home Court star Shaunie O’Neal has a successful career as an entrepreneur, TV star, and executive producer. Her show Basketball Wives, Basketball LA Wives follows the wives, ex-wives, and girlfriends of professional Basketball players. She herself is the former wife of popular NBA player Shaquille O’Neal. So what is her dating life like now?

The mother of five is currently single. She was involved in one relationship after her separation from Shaq O’Neal. Shaunie has had some ups and downs in her dating life. Today we will be exploring her relationships, affairs, husband, boyfriend and many more.

Shaunie O’Neal Marriage and Past Relationships

The reality Tv star was married to professional basketball player Shaquille “Shaq”  O’Neal for seven years. The two began dating back in 1998. After being together for four years, the pair decided to take their relationship to next level.

The couple tied the knot on 26th December 2002, at a hotel in Beverly Hills in a ceremony attended only by their close family and friends.

The two share four children together before and during their marriage. They have two sons Shareef O’Neal, born in 2000, and Shaquir Rashaun, born in 2003. They also have two daughters; Amirah Sanaa, born in 2001, and Me’arah Sanna, born in 2006.

Apart from that, Shaunie has a son named Myles Nelson from her previous relationship. The identity of Nelson’s father is unknown. Shaq also has a daughter, Taahirah, with his former girlfriend Arnetta Yardbourgh.

Shaunie and Shaq made a beautiful couple while they lasted. However, it was Shaq’s infidelity rumors that brought led their relationship to its end. Shaunie got separated from Shaq after five years of marriage on 4th September 2007.

However, the two reconciled shortly after. This lasted for two more years until Shaunie could no longer take the infidelity rumors and filed for divorce on 10th November 2009, citing irreconcilable differences. The divorce was finalized on 11th May 2011.

Shaq later admitted in his memoir Shaq Uncut that it was difficult for him to stay faithful since he had so many options. Nevertheless, the two share a joint custody of their four children and have a friendly relationship with each other now.

After the divorce from Shaq, the reality Tv star began dating Straight Outta Compton actor Marlon Yates Jr. The two met through a mutual family friend in November 2010. They became good friends and eventually started dating in early 2012 after the divorce was finalized.

The couple shared some good times with each other. They were spotted enjoying vacations. The two also attended numerous red carpet events together. Shaunie and Marlon were in a long-term relationship. The reality Tv star introduced him in the second season of Basketball Wives saying,

“For me to start dating again is extremely strange but I’m glad that, you know, I found somebody that I do feel comfortable with.”

Their relationship lasted for six years. They separated in 2016. The reason for their separation is unknown. Shaunie slyly announced their break up in an interview when asked about the disappearance of her ex-boyfriend from the show. She replied saying  “maybe because that relationship, it doesn’t exist, anymore”.

After the break up with Yates, Shaunie has not had any public relationships. She is seemingly single at the moment. The mother of five is currently busy with her career and children. There are no rumors of Shaunie dating anyone as of now.