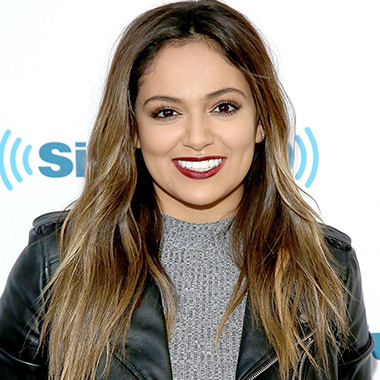 Bethany Mota was born on November 7, 1995, and was raised in California. Her full name is Bethany Noel Mota. She is a famous American video blogger. She rose to fame with her YouTube channel Macbarbie which she created in 2009. She there used to show her fashion purchases there. She also uploads her makeup as well as hair tutorial videos. She belongs to Portuguese and Mexican descent. She also has an older sister named Brittany. She studied at the public school from third to sixth grade.

Mota is a  beautiful and one of the most popular YouTube celebrities. In June 2009 she uploaded her first haul video. She has numbers of fans who have subscribed her YouTube channel. She used to be bullied so for escaping the stress of bullying and gain more followers she began uploading her videos in her YouTube channel. She has now over seven million fans. She is described as a virtuoso of positivity and also relentlessly upbeat and bouncy by Business Insider. As she was a very popular personality on YouTube she was used by retailers for marketing. She was also offered with free cosmetics and gift cards.

She has also done many promotional videos where she featured free products. She made $40000 with her videos which were estimated by Business Insider in January 2014. She used to give prizes and awards to her fans who use to promote her videos which helped her cultivating her fan following. Her fans are known as Mota-vators.

She has also done many fashion-related videos. She also has a personal account in which she discusses her interests. She was selected to be among YouTube’s first advertising campaign content creators in 2014. She was also seen on YouTube’s web show IMO which is an opinion show aimed at teenagers. Following his 2015 State of the Union Address, on January 22, 2015, she as a part of Whitehouse initiative got the opportunity of interviewing President Barack Obama to reach out to a border audience. There is no new about her boyfriend but there is a rumor about Derek Hough, who might be her boyfriend.

In December 2013 she partnered with Forever 21 and JCPenney. She there at Aeropostale launched clothing and accessories. With the medium of her fashion design she keeps a close relationship with her fans. Her style was called as laid-back-but-girly by Teen Vogue. She went across the United Stated on a tour called the Motavatour in January 2014. For Entertainment Tonight she reported on the Nickelodeon Kid’s Choice Awards in March 2014. In the 13th season of Project Runway, she appeared as a guest judge. She also appeared on the 19th season of Dancing with the Stars as a competitor on September 4, 2014. She was partnered with Derek Hough. Derek has won the season for five times. They together have a perfect match. They did well and reached the finals. But unfortunately, they got eliminated and ranked 4th position. She also released her single titled as Need You Right Now on October 13, 2014, with a vocalist as well as producer Mike Tompkins.

Time Magazine named her as The 25 Most Influential Teens of 2014. In 2014 she was awarded Teen Choice Awards. In the same year, she also won the Streamy Awards.