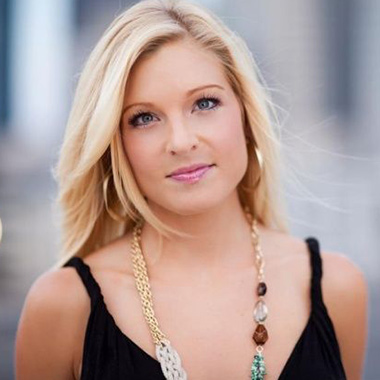 Anna Kooiman an American television personality working for Fox News Channel as an anchor and reporter. She has covered a number of events including terror attacks in San Bernardino, California, and Orlando, Florida.

Born on 7 February 1984, in Charlotte, North Carolina, United States. Anna Kooiman grew up with her parents who runs their own businesses, a Southeast Oasis Pool and a Peppermint Forest Christmas Shop in Charlotte. She attended high school at Myers Park High School and graduated in 2001. During school days, she used to play softball for SouthPark Youth Association and practice several sports. Kooiman has discovered her ability to report news after she had finished her high school. She then went on to continue her studies in University of North Carolina at Wilmington and graduated in 2005.

THE RISING OF HER BROADCAST & JOURNALISM CAREER

Kooiman’s early career in TV broadcast journalism started in 2004, from Fox Sports at UNC Wilmington, as a sideline reporter while she was a student. Shortly after her graduation in 2005, she worked as a reporter, video journalist and an anchor for WWAY in Wilmington. After serving WWAY for a year or two and mastered her profession, Kooiman moved to Toledo, Ohio to work as a morning anchor and reporters as well as franchise reporter for NBC affiliate-WNWO in January 2007. During this time, she partnered with US Marshals and help them caught over 100 fugitives. In May 2008, she returned to her native Charlotte, North Carolina and began working for Fox affiliate WCCB as a reporter, anchor and hosted the four-hour news and entertainment morning program called ‘Fox News Rising’. During her stay at WCCB-TV, she had reported then-current issues like weather, entertainment, local stories, and traffic. After serving the station for about three years, Kooiman was assigned to worked for the New York-based Fox News Channel; where she worked as the station’s general assignment reporter and correspondent for health and fitness segment.

ATHLETE WITH A PHILANTROPHY HEART

Kooiman  is a Turbo Kick and AFAA certified and teaches 10 classes per week in an inner-city after- school program, she also served as a fitness instructor for the kids. In 2008, Kooiman participated in Glass City Marathon  and finishes in the third position in Woman’s division while she was part of WNWO-TV in Toledo.  In April 2014, while she was serving Fox News Channel, she competed in Boston Marathon. While running in the New York City Marathon with Major Dan Rooney in November 2014, Kooiman managed to raise over $55,000 on Crowdrise and donated to “Folds of Honor”. The organization reinforced and provides a scholarship to families of American Troops who has sacrificed their life or injured while performing their duties for the country. She is the chairperson for her charity ‘Alpha Delta Pi.

On 8 February 2015, Kooiman announced her engagement to an Australian Tim Stuckey via facebook. Her fiance proposed her while they were on personal vacation in Australia watching the sunrise over Sydney Harbour. The couple said ‘Yes! I Do’ on 31st July 2015 in a small ceremony at Central Park’s Loeb Boathouse. Her husband once appeared on the Fox and Friends for the cooking segment in 2016.

Kooiman height is about 5’9’’ (1.75m). She is active on Twitter ( @annakoiman), in which she updates current issues and her personal interest and has over 61.9K followers. She is also active on several social media like Facebook, Instagram, and so on. As of 2016, Kooiman’s successful journalism career has earned her a net worth of  $4 million dollars.