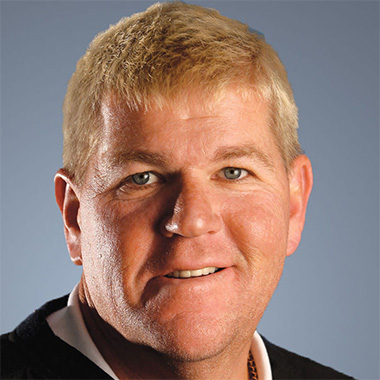 John Daly is an American professional golfer, businessman, and singer, born on April 28, 1966, as John Patrick Daly known for his driving distance off the tee. He is also a good businessman and owns a clothing line named “Loud Mouth”.

Daly was born in California but raised in Arkansas. His family along with him moved to Dardanelle, Arkansas when he was four. John has two siblings, sister, and brother, both older than him. He is a good golfer and footballer. He went to the University of Arkansas but didn’t complete his course.

John’s first professional win was in 1987 Missouri Open being the Missouri State champion. In the year 1990, he won two South African Pro Tour and Ben Hogan Utah Classic. He won 1991 PGA Championship and 1995 Open Championship which were his biggest accomplishments. He was nicknamed “Long John” because of his driving distant skills. In 1995, Open Championship he defeated Costantino Rocca. His last PGA victory was in 2004 at San Diego. He never participated in Ryder Cup.

In 1991, PGA tour he defeated Bruce Lietzke and became the first rookie to win a major title since 1976 after Jerry Pate At Baltusrol Golf Club in 1993 he became the first player to reach 630-yard hole 17. He is the winner of the 1992 B.C Open.

In 2005, he was defeated with Tiger Woods at WGC-American Express Championship and with Vijay Singh in Shell Houston Open in the same year. In 2008, PGA tour suspended him and he started to compete in European Tour.

HIS OTHER WORKS & CONTRIBUTIONS

John Patrick Daly is also known for his charity works and philanthropy.  In 1991, a man was killed by lightning at Crooked Stick Golf Club. Daly helped his family with $30,000 for the college expenses for his children. The man had two daughters. He has donated to several other foundations including Boys and Girls Club of America and Make-A-Wish Foundation.

John also released 2 music albums in his careers and his associates were Kid Rock, Darius Rucker, Johnny Lee and Willie Nelson. His first album was released in 2002 and second in2007.

John has trouble with his drinking and gambling habits and once he was taken into custody after being drunk but no charges were pressed against him. After this incident, he quit drinking alcohol. He also had lost millions of dollars due to his gambling habits.