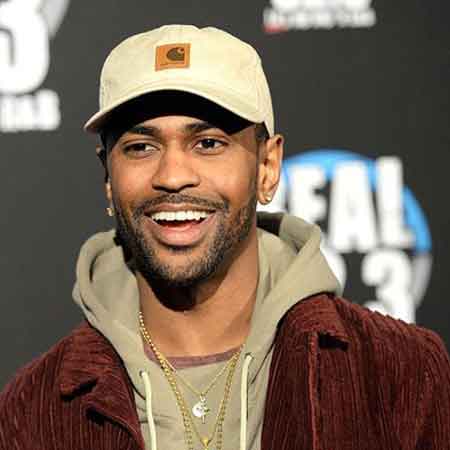 Sean Michael Leonard Anderson, widely known by his stage name Big Sean is an American rapper. He has released several popular albums including Finally Famous, Hall of Fame and I Decided. Some of his popular songs are, Bounce Back, Mercy, Blessings etc.

Big Sean was born on 25th March 1988 in Santa Monica, California, United States. His birth name is Sean Michael Anderson. He is the son of Myra Sean, a school teacher and James Anderson. Sean moved to Detroit, Michigan when he was three months old and was raised by his mother and grandmother.

Big Sean released his first album entitled Finally Famous: The Mixtape on September 30, 2007. From the album, his singles Get’cha Some became a hit and he Sean further created a music video for the song. Likewise, Sean further released a mixtape UKNOWBIGSEAN on April 16, 2009, which included 30 tracks.

Likewise, he released his second studio album Hall of Fame on August 27, 2013. After two years, Sean released his third studio album entitled Dark Sky Paradise which became first No. 1 album on the  Billboard 200. Moreover, his other albums are Twenty88 (2016) I Decided (2017) and Double or Nothing (2017).

At the age of sixteen, Big Sean met his high school girlfriend, Ashley Marie and then began dating at the age of nineteen. But they failed to continue their relationships and finally separated in 2013.

After that, Sean began dating an actress Naya Rivera. The duo met each other for the first time via Twitter and their relationship became public in 2013. Sean and Naya got engaged October 2013, but it didn’t last long and ended in April 2014.

Currently, Sean is in a relationship with an American Singer Jhene Aiko. The couple began dating back in 2016. However, they were once rumored to be separated after Jhene unfollowed  Sean on Instagram. But it just remained as a rumor. Recently on May 22, 2018, Jhene and Sean together attended an event and Jhene further shared a picture of them on Instagram.

From his career as a rapper, Big Sean has earned an astonishing amount of money. He has maintained a standard life. Sean has released several albums as well as singles. As of now, Sean has an estimated net worth of $12 million.

Sean currently resides in Beverly Hills. He bought the house on November 28, 2017, for $8.7 million which was originally listed for $11 million by  Guns N’ Roses guitarist Slash. The house features 7 bedrooms and 8 bathrooms located in 11,000 square foot. He also owns several cars including City Car manufactured by Audi worth $45000.