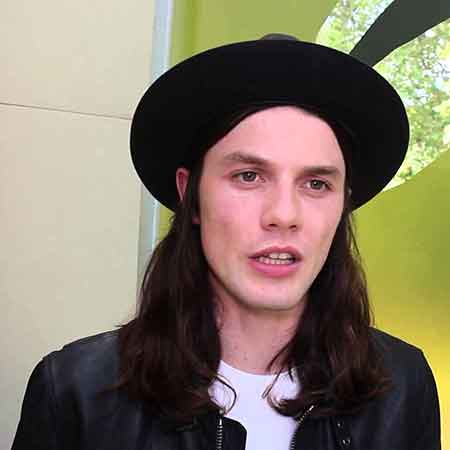 The two times Q Awards winner, James Bay is an English singer-songwriter as well as a guitarist. His 2014, single “Hold Back the River” was certified platinum. Till date, Bay has released two studio albums entitled Chaos and the Calm and Electric Light.

Even being such a popular personality, James Bay often keeps his personal details under wraps. Well, the 27 years old singer Bay is not married yet. However, he is in a relationship with his long-term girlfriend Lucy Smith.

The couple has been dating since they were teenagers. Although they have been dating for so long, none of them have mentioned any plans of getting engaged or married. Besides, Bay hasn’t been in relationships with other girls.

The multi-award winner, James Bay is living a standard life. He has released two albums and several singles.

From his singing career, Bay has earned an astonishing amount of money. As of now, Bay has an estimated net worth of $8 million.

James Bay was born on 4th September 1990, in Hitchin, United Kingdom. His birth name is James Michael Bay. He belongs to American nationality and holds white ethnicity. Bay grew up along with his brother Alex Bay. After he listened to Eric Clapton‘s “Layla”, Bay got inspired to play classical guitar at the age of 11.

During his childhood, Bay used to play old rusty guitar with 5 strings which he found in a cupboard. Bay attended the Hitchin Boys’ School and then moved to study in Brighton for seven years. He further attended British and Irish Modern Music Institute.

On 18 July 2013, James Bay released his first Ep The Dark of the Morning. Likewise, he released his second EP Let It Go on May 12, 2014, which was listed in top 10 iTunes album chart. Similarly, his lead single “Let It Go” was listed in 10 in the UK charts.

Moreover, Bay’s single “Hold Back the River” was released in 2014 which got certified platinum. On March 23, 2015, Bay released his first studio album entitled Chaos and the Calm. Furthermore, his second album Electric Light was released on 18th May 2018. His other popular singles are “Scars”, “Best Fake Smile”, “Wild Love”, “Running” etc.

Till date, Bay has won as well as been nominated for several awards. In 2015, Bay won his first BRIT Awards. The same year he further won GQ Men of The Year. Bay has won two Q Awards in 2015 and 2016. Furthermore, Bay won two other awards Echo Music Prize and Ivor Novello Awards in 2016.